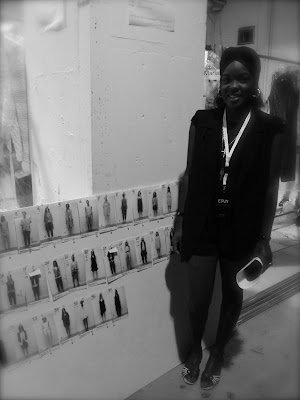 Three weeks ago I was in the city working at New York Fashion Week. I’ve been seated at shows before, but this time I was working behind the scenes at the Rag & Bone and Edun fashion shows. My responsibilities backstage at both shows were to dress models, run crazy unexpected errands, seat guests, and prepare all backstage areas for press, stylists, make-up artists, and hair stylists. At the Rag & Bone show I spotted models Liu Wen, Joan Smalls, Karolina Kirkova, Daria Strokous, Anabela Belikova, Shu Pei Qin, Lina Sandberg, Ajak Deng, and seen Lala and Carmelo Anthony backstage. This has to be the best spring collections they’ve ever done. This season used references such as seventies surfer, Glastonbury music festival, with a great mixture of 90’s minimalism and grunge. I’m so excited for the Rag & Bone store that will be opening in Boston on Newbury Street in the spring! 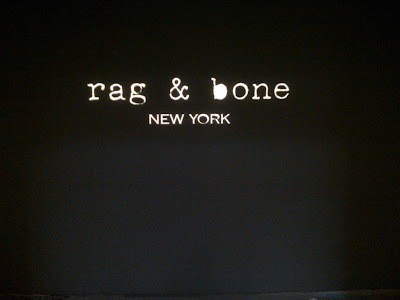 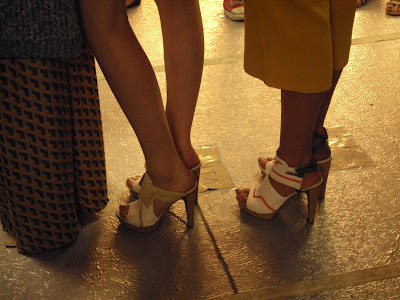 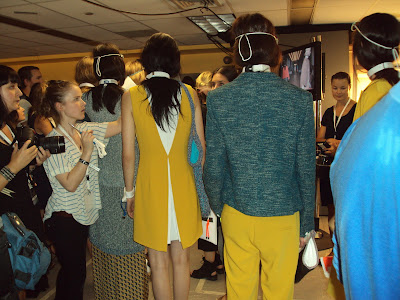 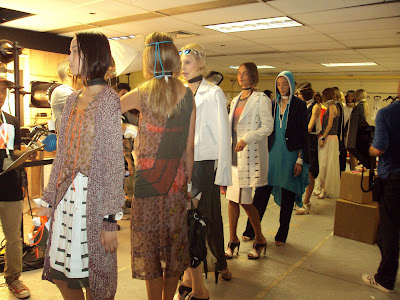 Call time for the Edun show was at 7:00 am and I arrived on set at approximately 6:30 am. My main tasks for the day was to prepare the press area and arrange seating. Press was going crazy as models were making their way in from other shows. In the midst of it all I spotted Naomi Campbell, Courtney Love, Bono, and watched the show standing behind some of today’s most influential bloggers and editors. This collection uses references from the African culture. I loved the sheer tops, slouchy cropped silk pants , bold and subtle diamond block prints, bohemian dresses, and boxy jackets. 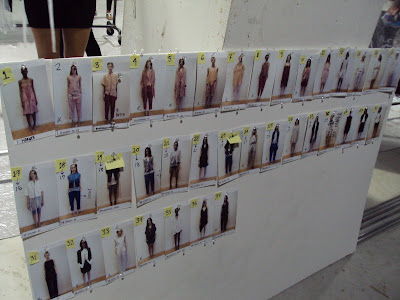