Pre-Fall 2014 found Derek Lam in a modern minimalist mood, as he kept things current judging by the opening look. A suede wrapped skirt with fringe detail, draped blouse, and a tailored oversized mannish overcoat. The outfit embodied multiple trends that have been in the air as of late and for Pre-Fall, but meshed together perfectly that felt true to the brands evolving message. Antonina Petkovic, who I’ve had the pleasure working with this past season during New York Fashion Week; looks effortlessly chic in the minimal architectural inspired lineup.

Some of the sartorial highlights included a surplus of layering that appeared unintentional at times, mohair that could be easily mistaken as real fur, which was paired with linen and bonded crepe on a sweatshirt; as well as sweaters woven with thin stripes and leather. Overall, however, this was a collection full of clean silhouettes and introduced texture in the form of tassels as seen on the tapestry like pencil skirts and shaggy pullovers. Updated basics such as polished pinstriped denim separates, and patchwork knit track pants rounded out the redefined, everyday mix. 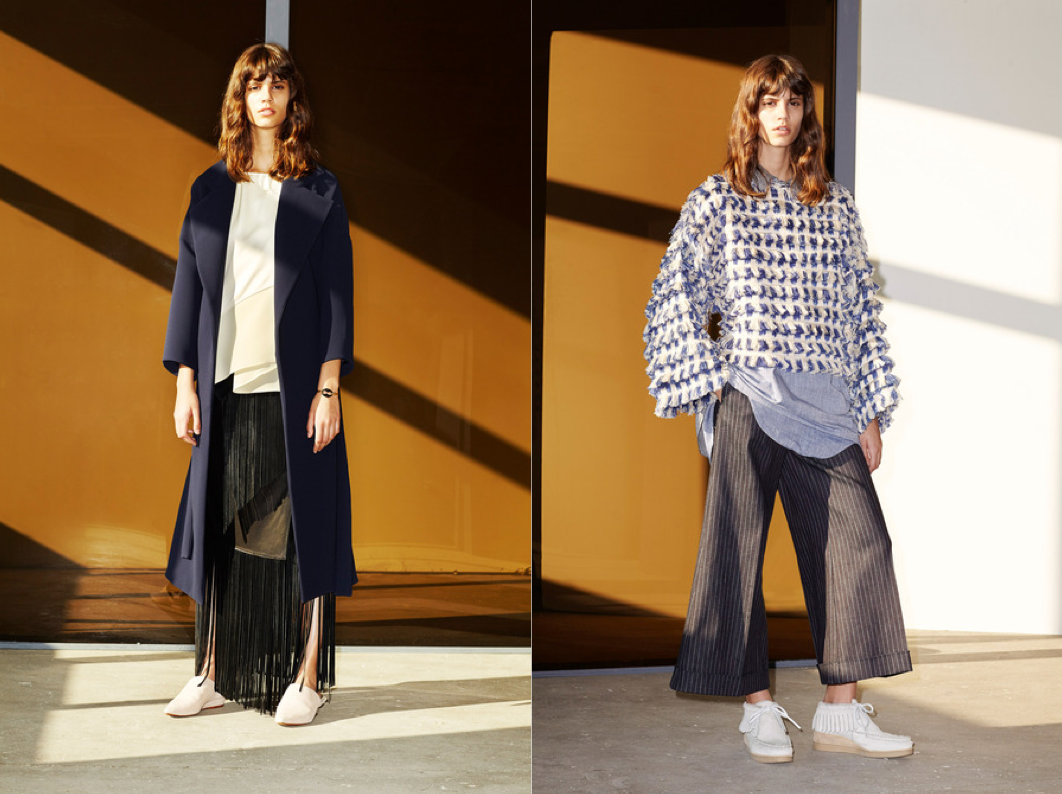 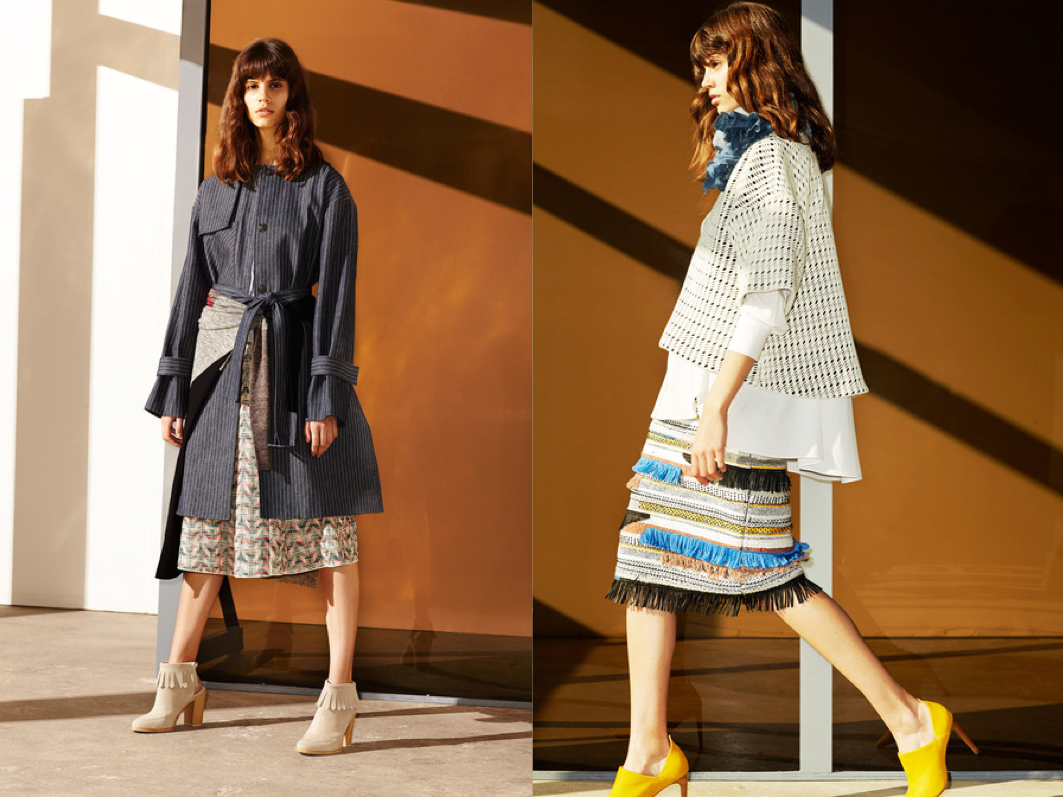 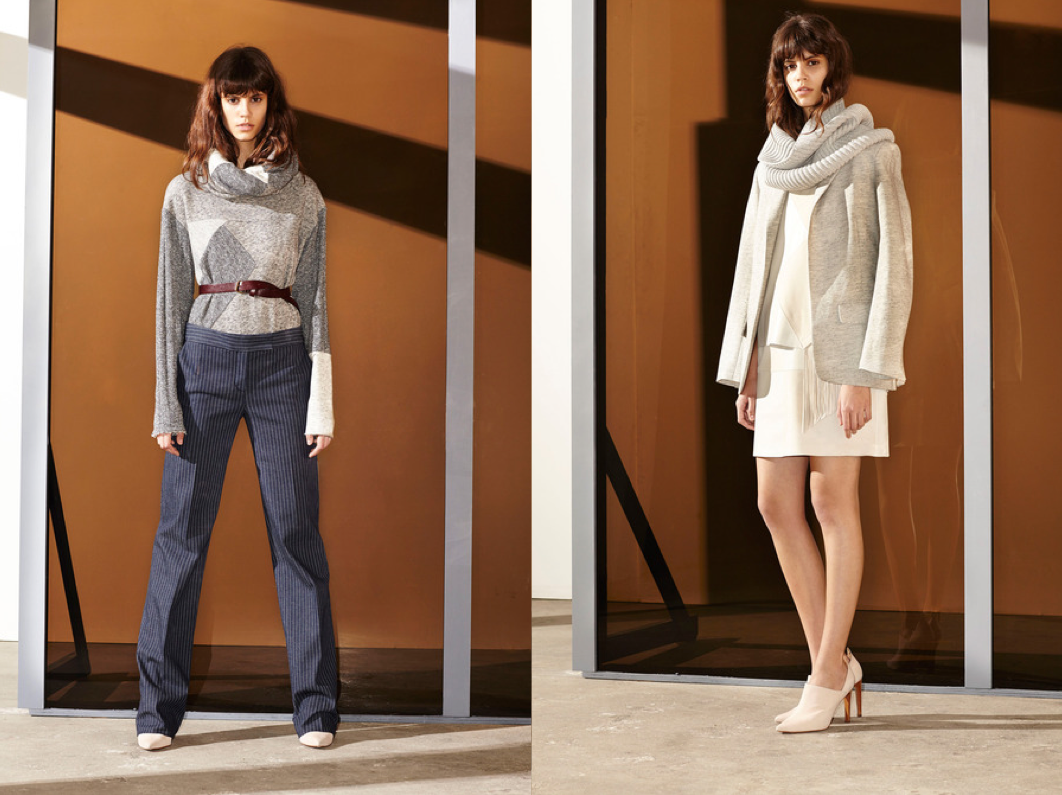 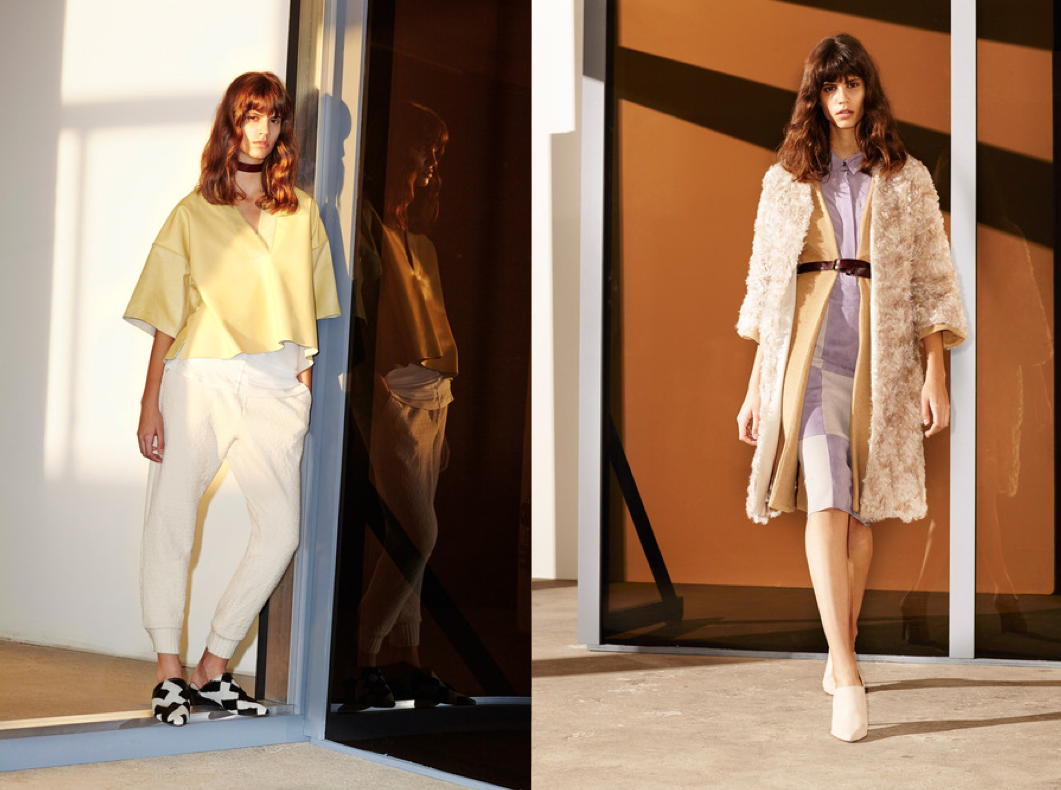 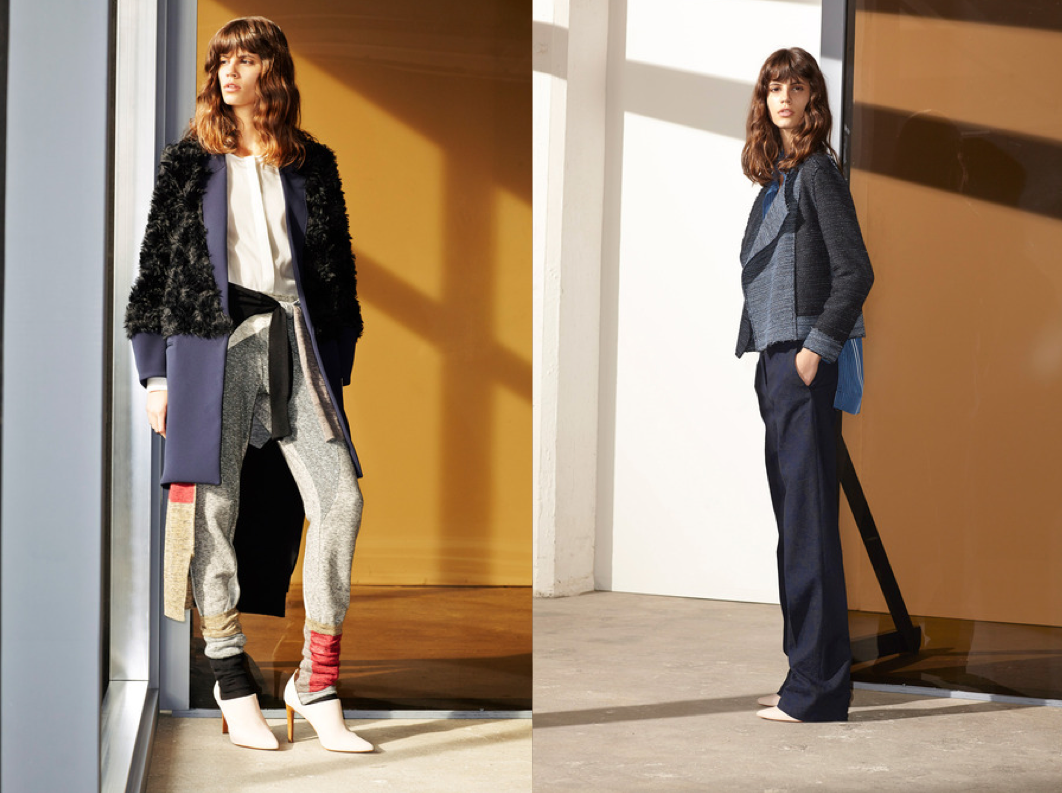 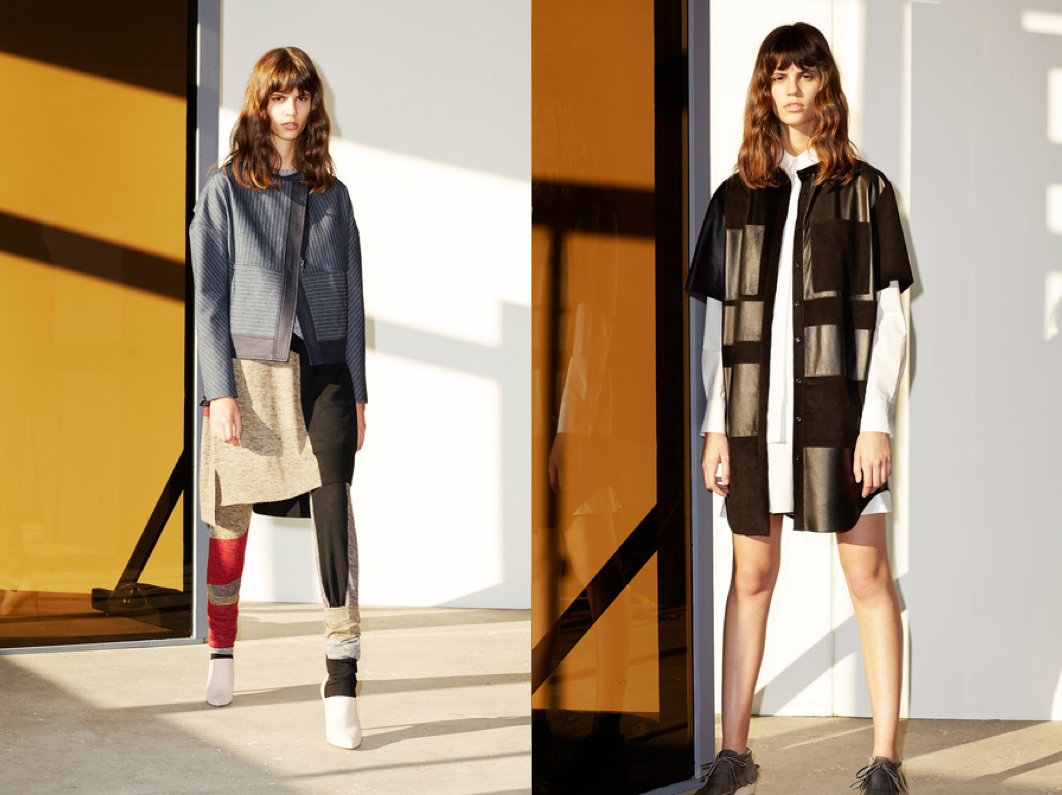 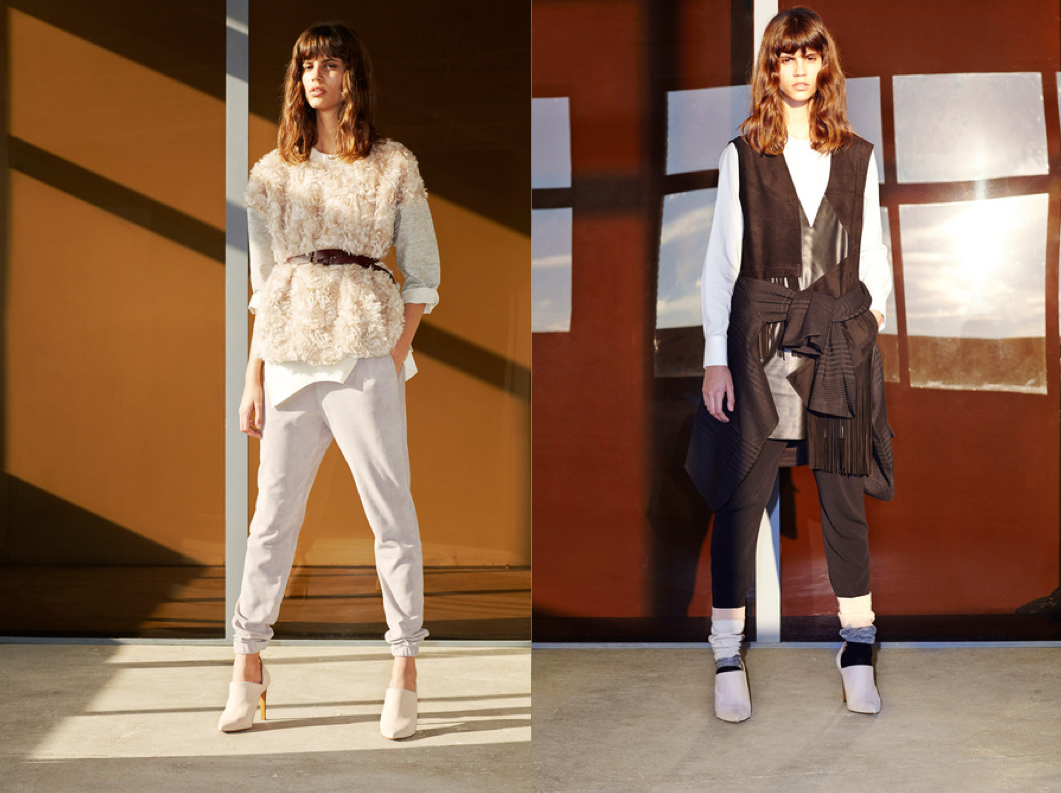 
As fabric development continues to be a focus each season, in the contemporary market there’s little experiments with textiles. Ultimately thats what continues to set Derek Lam apart, which only makes us wonder what the Fall/Winter 2014 collection will look like, leaving little to the imagination.