Arguably fashion’s most influential and weight-bearing journalists Cathy Horyn, The New York Times’ much-respected chief fashion critic of 15 years has left the newspaper just days before New York Fashion Week is set to start. Citing the ill health of her partner, Art Ortenberg, who has had health problems, and whom she feels would benefit greatly from her increased presence at home. Leaving the reigns to newcomers John Koblin and Matthew Schneier, Horyn leaves the doors swinging after an illustrious career that saw her discover most and slam many with her words. She’s had a roller coaster career, those ups and downs not only made her who she is, but has changed the fashion industry for the better.

For 15 years, Horyn’s ‘On the Runway blog could string up anything from praise for her designer favorites – Azzedine Alaïa and longtime friend Raf Simons – to her no filter reviews of those shows that she was less than impressed by. Horyn spoke her mind, outlining her thoughts exactly as the formed. Although the backlash from her more unfavorable reviews sparked feuds between designers, pop stars, and their fans alike. Horyn has been commended for her professionalism in even the stormiest of times. How could we ever forget the Hedi Slimane fued or her brutal criticism of Alexander Wang?

Those of us who will surly miss Horyn’s witty writing can take come solace in Horyn’s plans to write a book with Rizzoli chronicling The Times fashion coverage from the 1850s to the early 21st century. 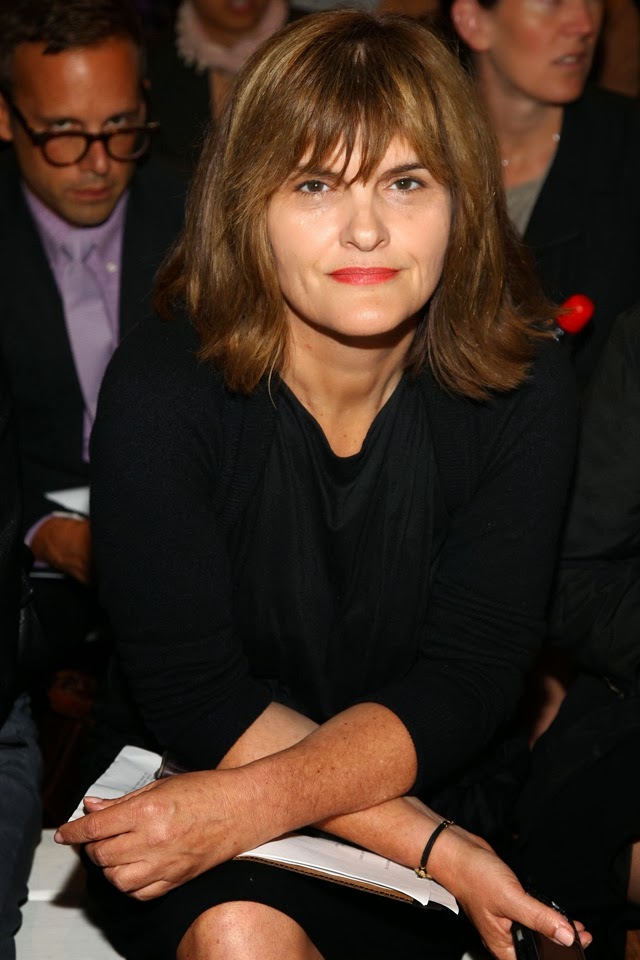 It is with both deep sadness over her departure and immense gratitude for the legacy she leaves behind that we announce that Cathy Horyn, the paper’s chief fashion critic since 1999, is leaving The Times. Cathy’s reasons for leaving are personal ones, to spend more time with her partner, Art Ortenberg, who has had health problems, and whom she feels would benefit greatly from her increased presence at home.

How do we measure the impact that Cathy has made at The Times? Is it in the, 1,123 bylined pieces she has written in the past 15 years? The promising designers she discovered, the unoriginal ones she dismissed, the talents that she celebrated in ways that illuminated their creative process for a readership that ranged from the executive offices of LVMH to the bargain shoppers at Barney’s Warehouse?We do so in all of those ways to mark the work of a woman who is the preeminent fashion critic of her generation and who has set an almost impossible standard for those who may follow.

Cathy’s is a unique voice in the fashion world, one that was immediately announced by one of her very first reviews in The Times, of the Couture shows in Paris in January, 1999. Here is how she led off that piece:

Just about everyone who comes to the haute couture collections knows that Nan is Nan Kempner, that Deeda is Deeda Blair and that Liliane Bettencourt, who was seated Wednesday in the front row at Yves Saint Laurent show and wearing an orange muffler, is the richest woman in France. They may or may not know that the youngest couture customer at Givenchy is all of 8, or that Dodie Rosekrans, the San Francisco art patron and couture stalwart, recently bought a full-size guillotine covered with the Chanel logo for her home in Venice. But give them time. Paris is probably the only place on earth where the world’s rich, titled and tucked can always count on being connected, if only through clothes.

How can you not be immediately hooked? Times readers were, and have continued to be for the past 15 years. But Cathy was more than just a fashion critic. She was also a superb reporter, one who used fashion as her lens to look into broader cultural themes, most recently in her riveting A1 piece on Jackie Kennedy’s iconic pink suit, worn the day her husband was assassinated in Dallas and today shielded from public view, along with her blood-stained stockings, in a climate controlled vault on the outskirts of Washington.

Cathy will be sorely missed by all of us in Styles and by the paper as a whole. But she is not leaving us completely: She will continue to work on a project that is dear to her heart: A book to be published by Rizzoli that chronicles how The New York Times has covered fashion from the 1850s to the first decades of the 21st century. No doubt it will be a great read.

What are your thoughts? Tell me everything, leave nothing out.