Daria Werbowy by Karim Sadli for Vogue US April 2014

A bare skinned Daria Werbowy, is seen posing in front of photographer Karim Sadli for the latest editorial, featured in the April issue of Vogue US. Per usual, Sadli captured the true essence of Daria’s natural facial characteristics whilst wearing minimal make-up, if any at all, and wearing the most polished mannish tailored threads that make a subtle statement.
The airtight look of a skinny pant has had a hold on our wardrobes for what seems like forever, and these days the sartorial woman is in favor of a more loose, slouchy silhouette that is becoming really appealing right now. There’s something far chicer and nonchalant about a white shirt, oversize blazer and baggy trousers, whereas a skinny pant with a single sole pump can easily look like you’ve spent too much time getting ready.
The right pair of wide-leg trousers should sit low on your hip and should be worn with a flat, like a minimalist sneaker or a brogue. Don’t listen to anything your tailor at the dry cleaners might have to say about exacting hemlines, it is cooler when they look unfinished. If the pre-fall shows are anything to go by, then a cropped variation of the wide-leg trouser will take us through the summer and early fall.
Kicking back, whether they’re a lace-up mannish oxfords or crisp white trainers, easygoing flats underscore the seasons effortless looks in the latest editorial styled by Grace Coddington. 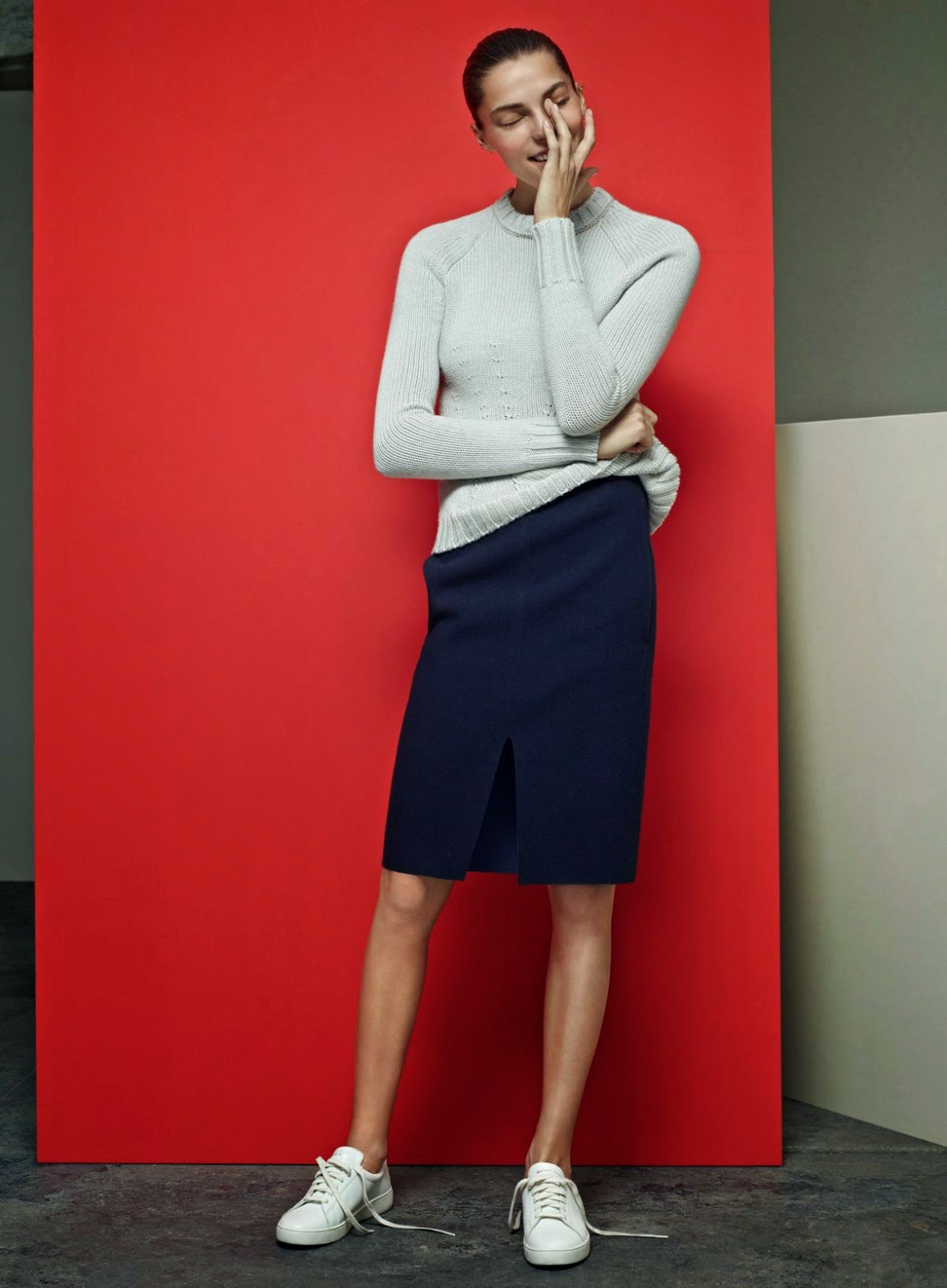 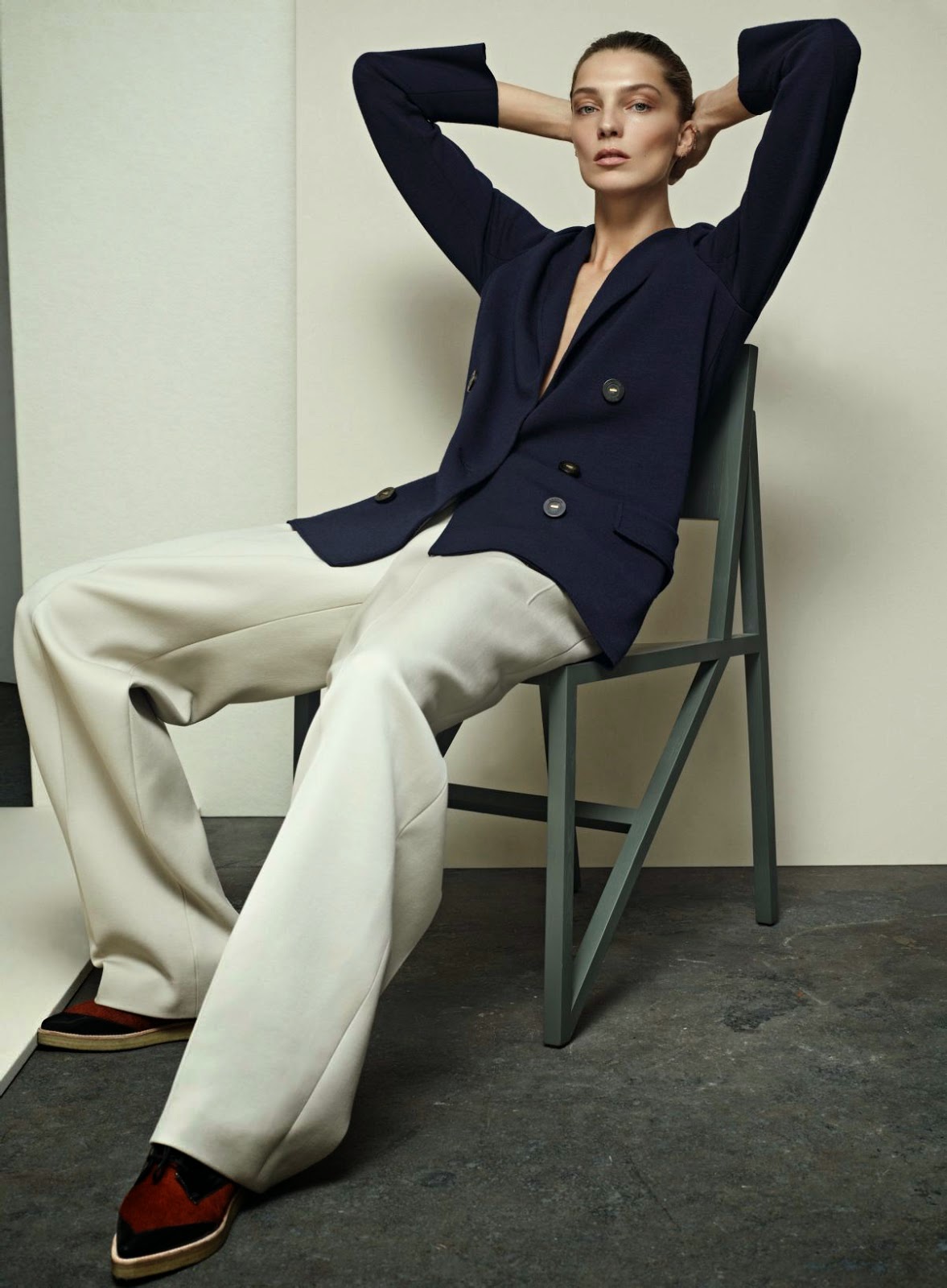 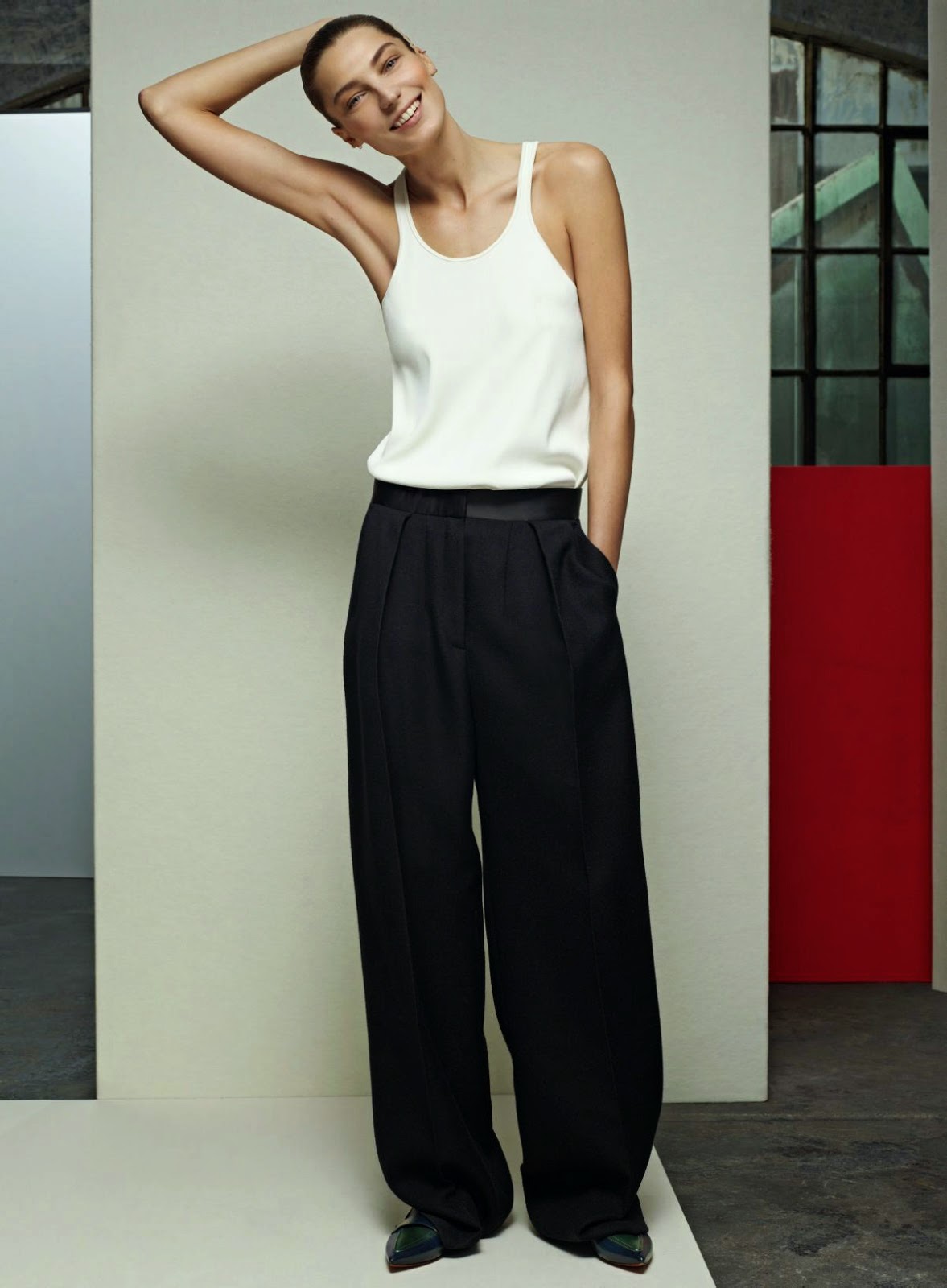 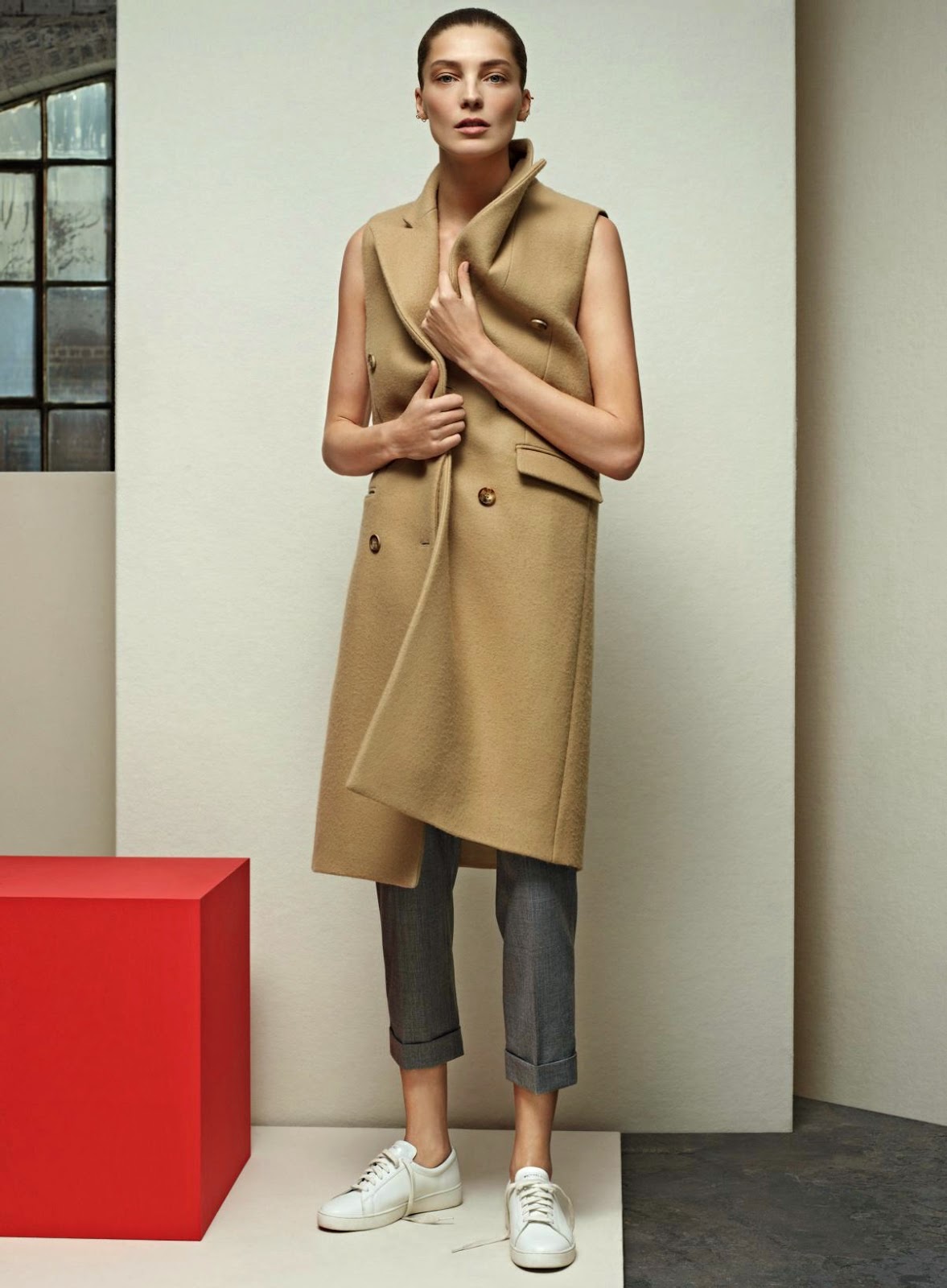 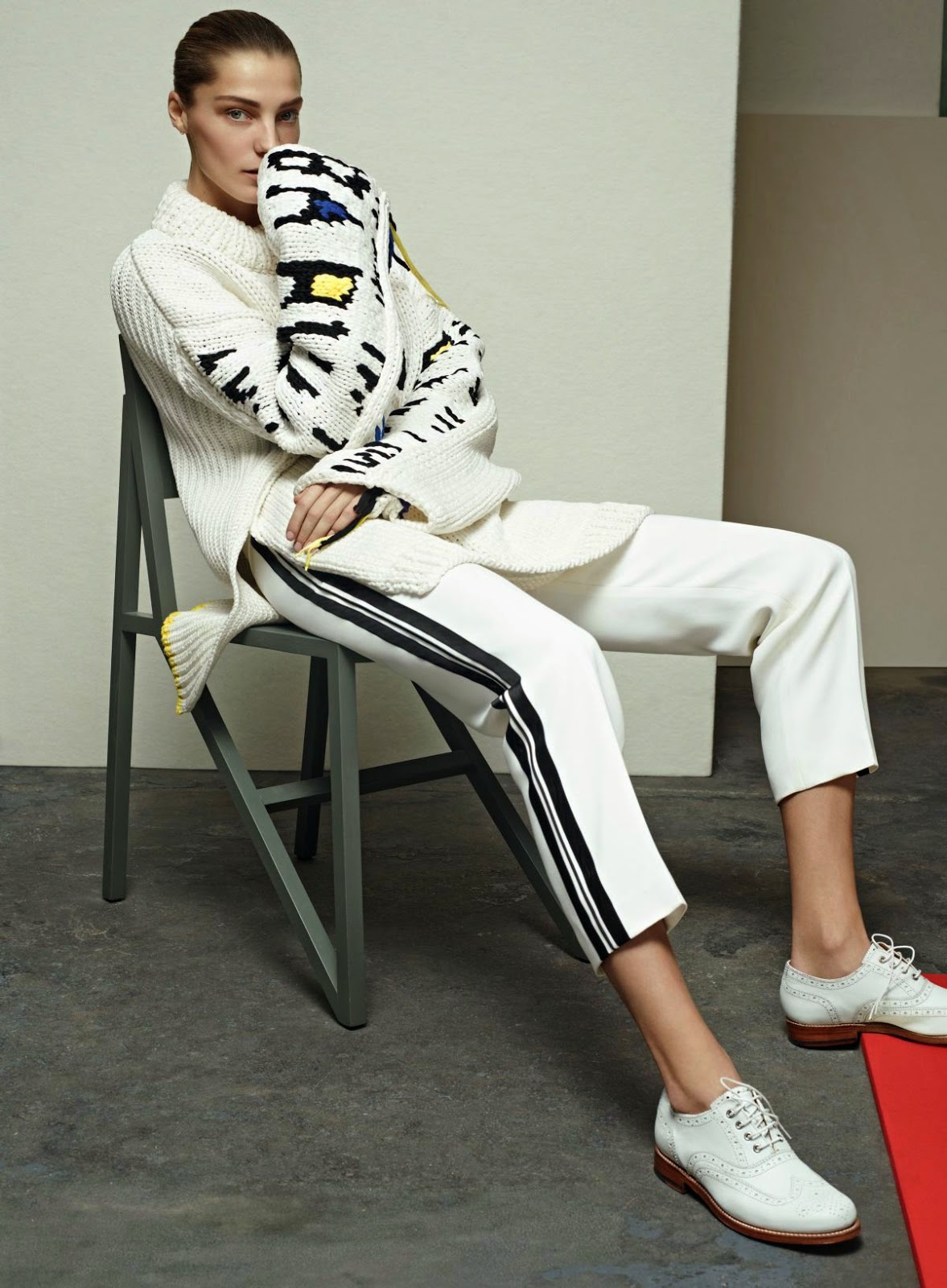 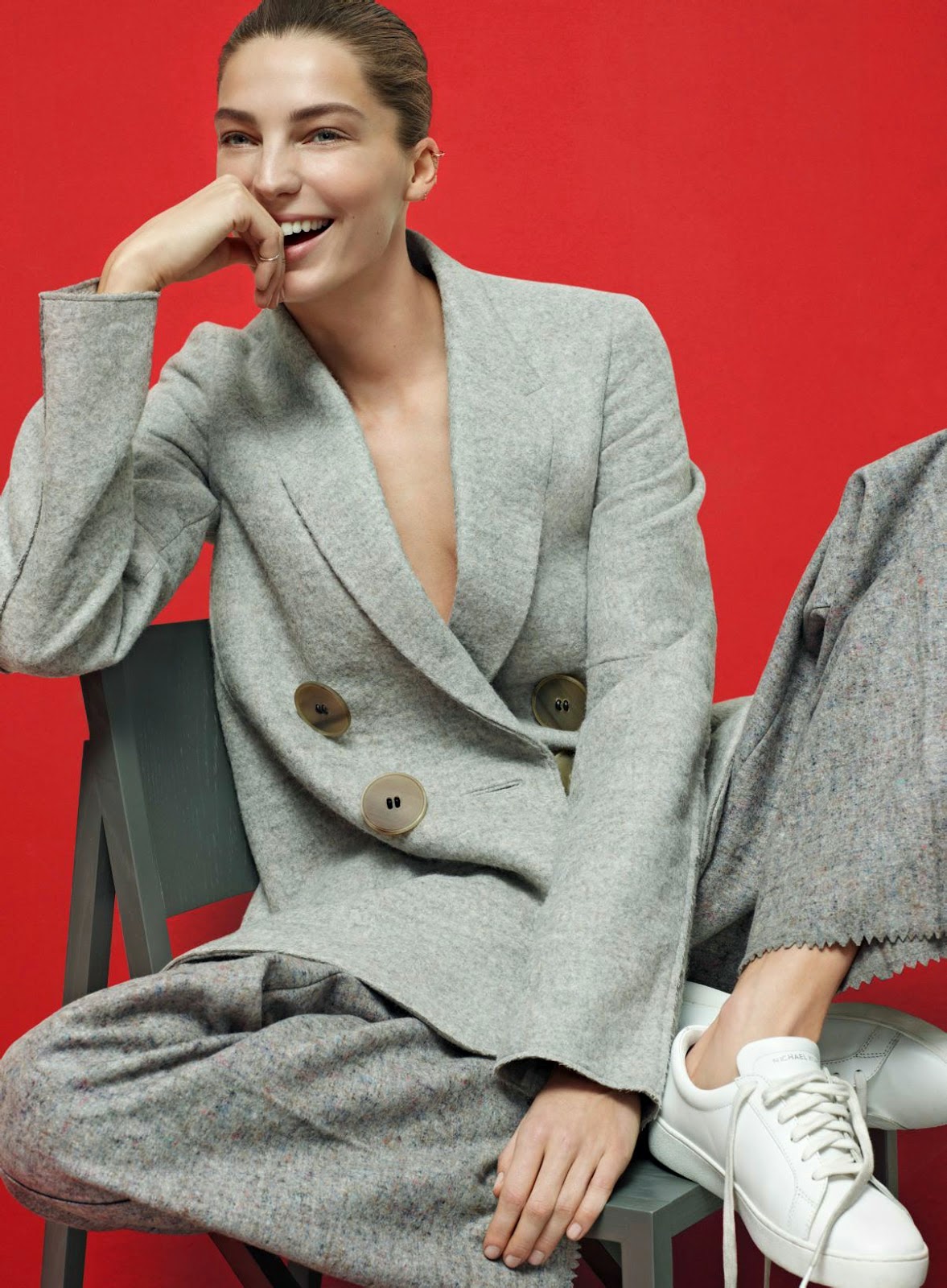 Daria Werbowy by Karim Sadli for US Vogue, April 2014

English Tea and Shoes with Tabitha Simmons at Saks »