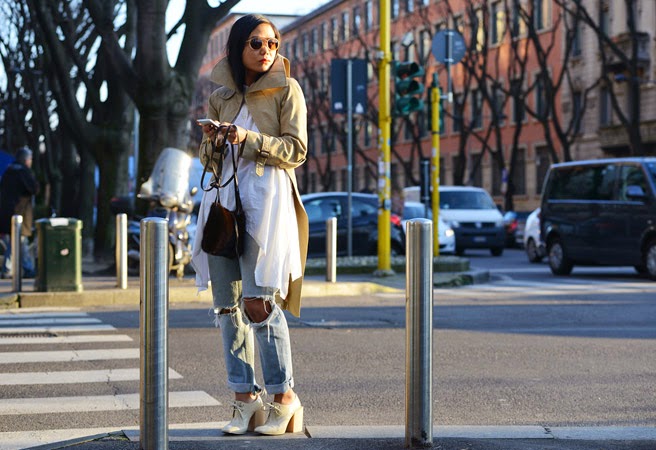 In honor of fashion month getting off to its start, we’re predicting what we will see or hope to see on the streets during fashion week. With New York up first, editors and show-goers are captured by a number of street-style photographers whose photos are seen everywhere. No matter how different their styles and approaches are for shooting a subject, they all appreciate a woman or male that’s dressed for themselves and not the camera. Attention whores as I like to call them, speaking from the fashion perspective — they’re more like peacocks creating a circus before and after the shows hoping to be snapped preferably by Tommy Ton. London, Milan, and Paris are the Chicest Degree’s fashion weeks of choice for the sartorial fashion choices of its show-goers, because let’s be honest — how overrated is NYFW by day three? The sleepless nights, blisters, nicotine and coffee diet, not to mention the constant traffic trying to get from show to show. Been there done that, but deep down theirs apart of us all that does enjoy the fun and the hoopla of it all over the course of seven days. 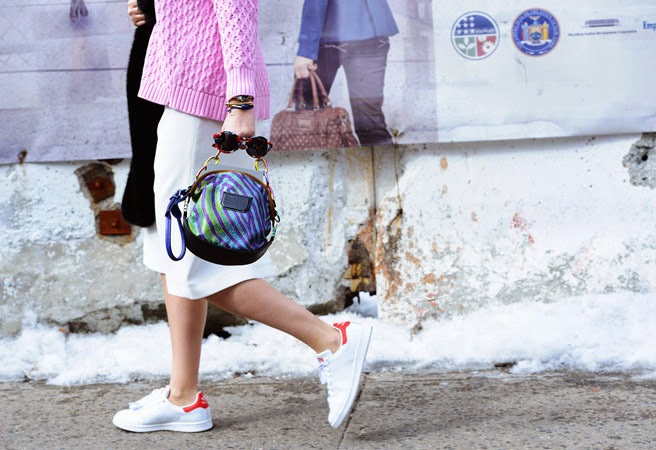 For many season’s I’ve been too busy backstage working majority of the shows, which meant I didn’t get the chance to actually enjoy it. You know, getting dressed, being seated within the first or second row, and pretending to flag down a taxi outside of Lincoln Center or Milk Studios just for the perfect street shot. Aside from people taking themselves far too serious backstage, we all can agree that we look forward to seeing our favorite personal style muses like Leandra Medine, Yasmin Sewell, Hanne Gaby Odiele, Giovanna Battalia, Elin Kling, Taylor Tomasi Hill, and Claire Distenfeld just to name a few frolicking the streets in less strategically planned outfits. Unlike last season, weather won’t be a determining factor. It was almost as if people dressed for the opposite season and ditched the outerwear and pants in the frigid temps, just for the sake of fashion. 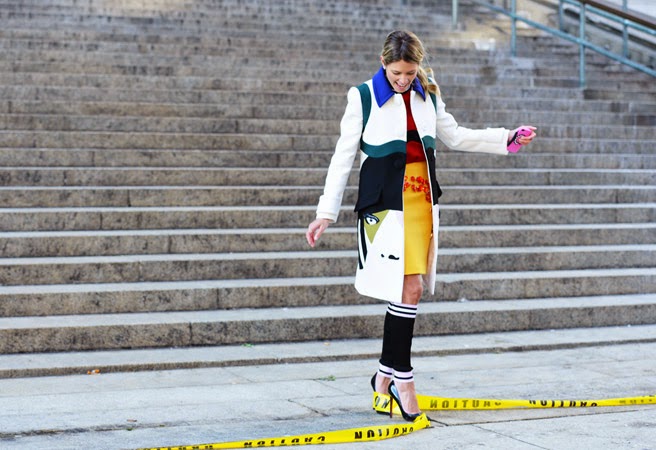 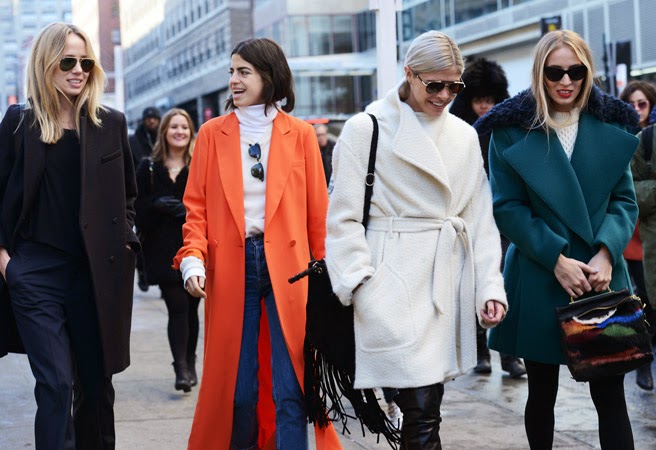 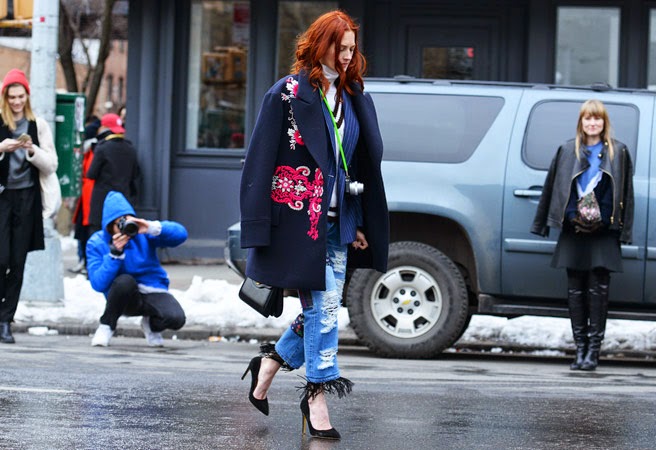 Photos by Tommy Ton at NYFW Fall 2014 via Style.com
Things we’ll likely see on the streets to set the tone of fashion month during NYFW: culottes, flight jackets paired with full midi-skirts, mannish tailored separates, neutral colored monochromatic pairings, 90s nostalgia, Birkenstocks and Stan Smith’s or any other type of minimal trainer (especially on Eva Chen now that she’s expecting), intimates worn as ready-to-wear (Calvin Klein bralettes and boxer briefs worn as shorts paired with a single sole pump) and lastly, overalls because well DUH — we all can appreciate a toddler looking well dressed adult.
Any predictions for the Spring/Summer 2015 shows? If so, do tell what you’re looking forward to seeing on the streets during fashion week.

We’re Showing You Nudes, Lipstick That Is »