Overalls — Easy on, Easy off

It’s interesting how watching a Sex and the City marathon while getting dressed, can alter your decisions. Before NORMCORE, there was Miranda Hobbes in baggy dungarees and then Carrie Bradshaw followed suite. Do you remember that episode ‘My Motherboard, Myself’? You know, Carrie freaks out when her computer crashes because her whole life was on the computer. Everybody starts telling her that she should have backed up her work. Aidan then buys her a new computer and a zip drive, and she gets angry at him for invading her space. He gets angry at her for not letting him be apart of her life more and he gives her back the keys to her apartment. Meanwhile, Miranda’s mother dies. Samantha buys a guide on the street featuring 1001 sexual positions and didn’t waste anytime trying them out with her wrestling coach boyfriend. For some reason she can’t get off and fears that she lost the ability to have an orgasm so she masturbates all day to try and get it back. Carrie, Samantha, and Charlotte attend Miranda’s mother’s funeral to give Miranda their support and Carrie is surprised to see Aidan there.
If that sounds familiar to you, then you’ll remember the outfit Carrie was wearing when she tried to restore her computer. Overalls, white mannish shirt layered underneath, and that ridiculous fanny-pack. The other day, I was feeling a bit nostalgic and was just about frustrated with everything in my newly downsized closet. Season four was on my mind from watching the entire season eight over the weekend, and couldn’t think of a more effortless outfit than that exact one. Overalls have cemented their position in the fashion cannon as both a work-wear staple and a subversive style statement. They’re probably the most overdone trendy piece of clothing you’ll feel like you’re buying, but something about looking like a two-year-old stuck in an adults body seems cool. Maybe it’s the end of summer blues that has me opting for more simple outfits, instead of something a little more thought out. This is also photogenic evidence that trying to preserve a blowout is a pain in the ass. 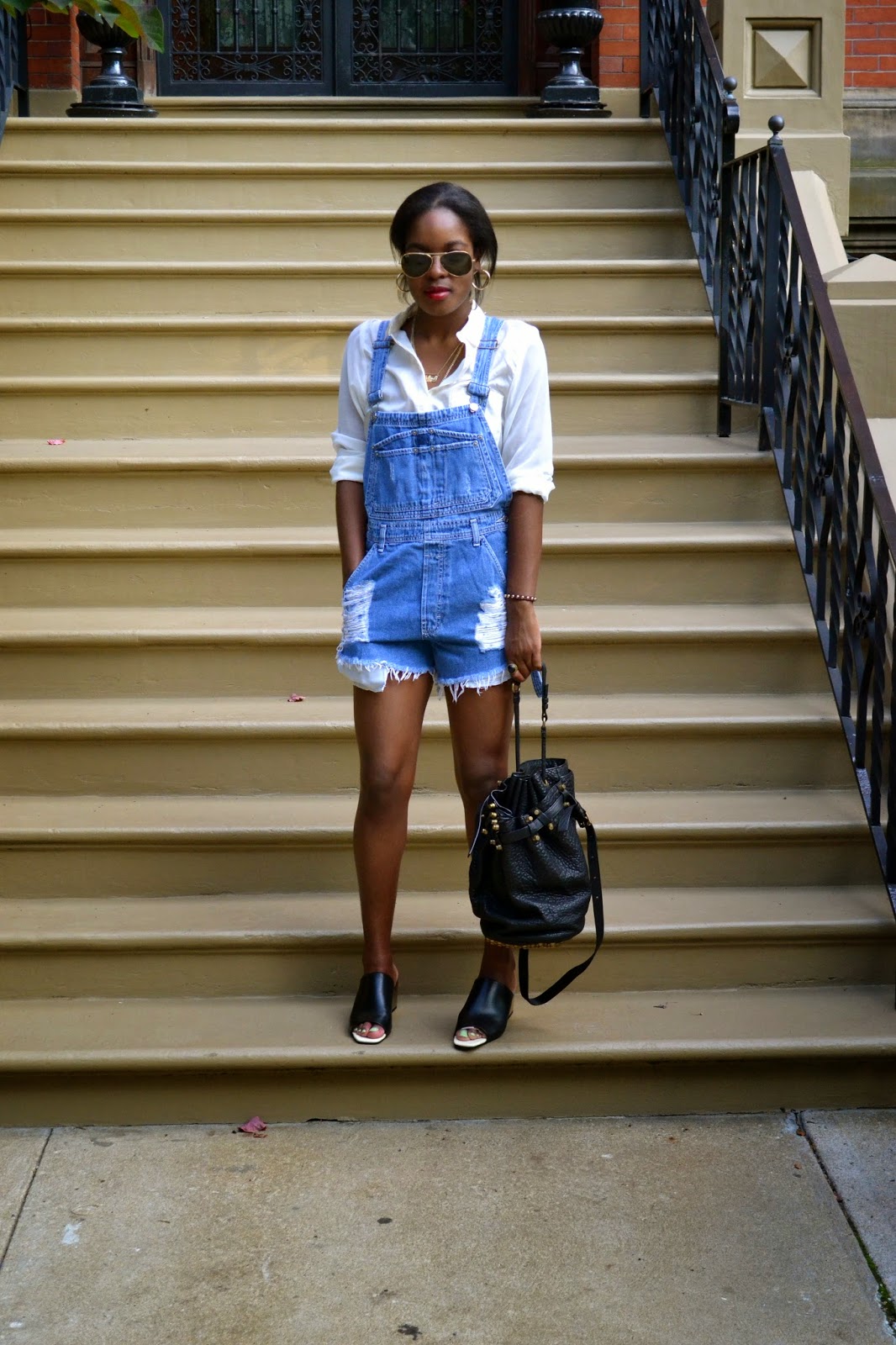 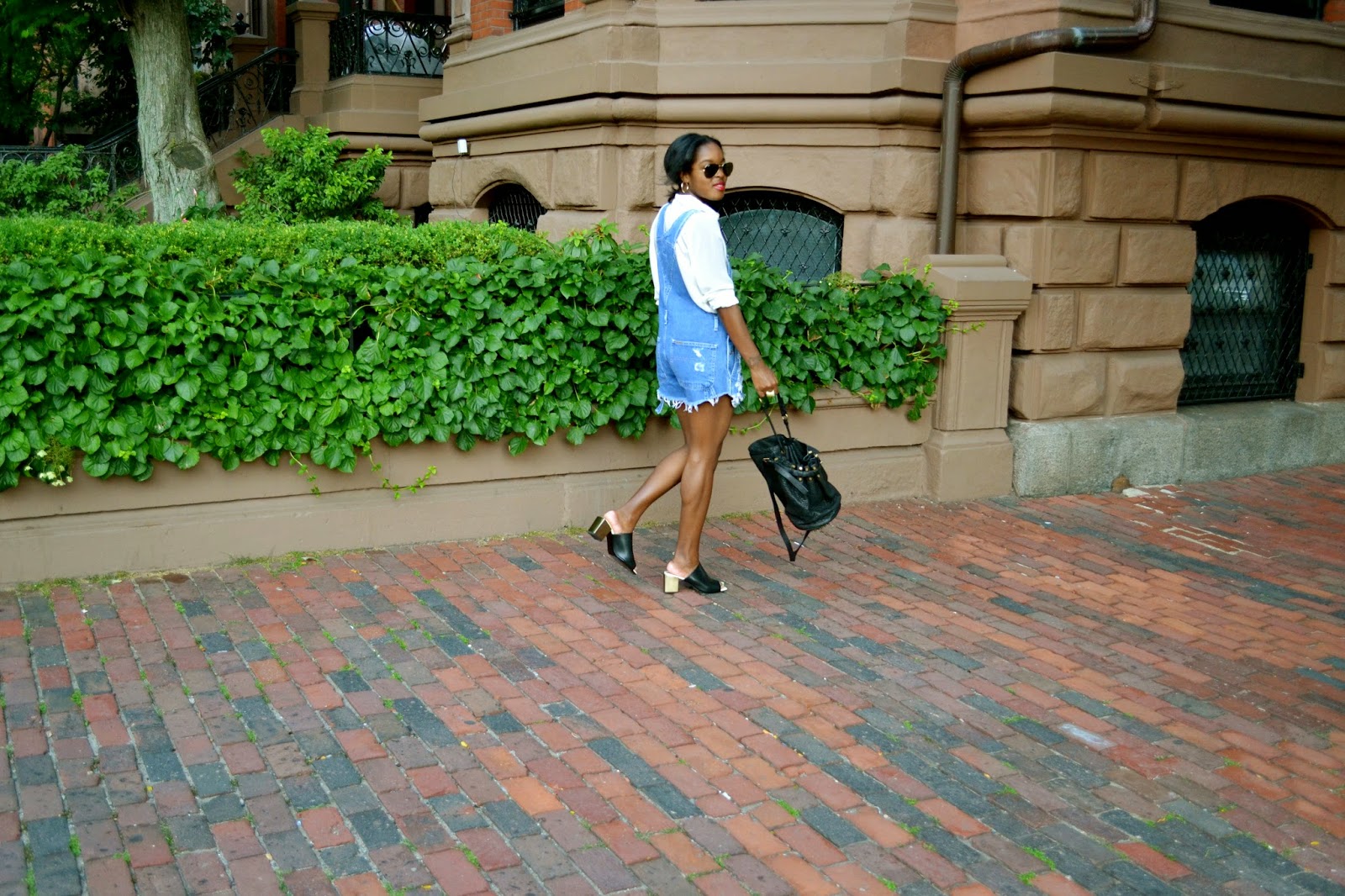