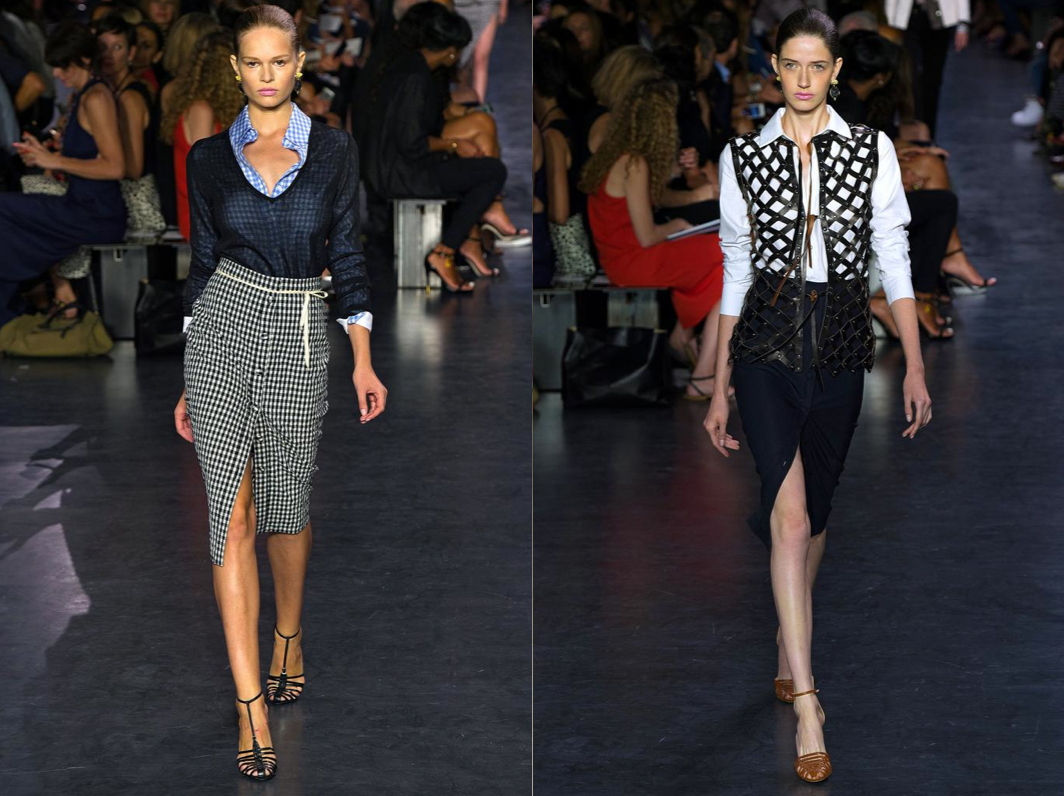 To say that this past week went by extremely fast, would be an understatement. Not to worry though, as New York Fashion Week has come to a close — London is just beginning and fashion month isn’t over just yet. Before we switch gears, the Chicest Degree is giving you reviews on our noteworthy favorite shows and trends to look out for from the spring/summer 2015 collections.

Come next season, we all have a lot to look forward too. This time around designers were on the same page as far as design aesthetics and overall theme. For sometime now it has been all about the 90s and minimalism — do you remember when we discussed the fashion industries obsession with looking simple so badly? Monochromatic pairings, clean lines, classic black and white, just to name a few minimalists trends of the most referenced time period that got modern updates come next spring/summer. It was refreshing to see that the 70s is also going to have a moment — the bold color-blocking as seen at Derek Lam, oversize proportions at Delpozo, and fringe — lots of it too at Proenza Schouler.

I’ll admit that for a while I wondered when will fashion get fun again. Don’t get me wrong, minimalism and simplicity is the bane of my sartorial existence, but it’s great to see a different era being highly embraced. Ready-To-Wear has become more like Easy-To-Wear, everything as seen on the runway actually relates to what woman like you and myself — would actually wear and most likely has a variation of already in our closets as we speak. With all this being said, let’s get to the fun stuff shall we. Here’s the short and sweet New York Fashion Week dispatch from over the course of seven days. 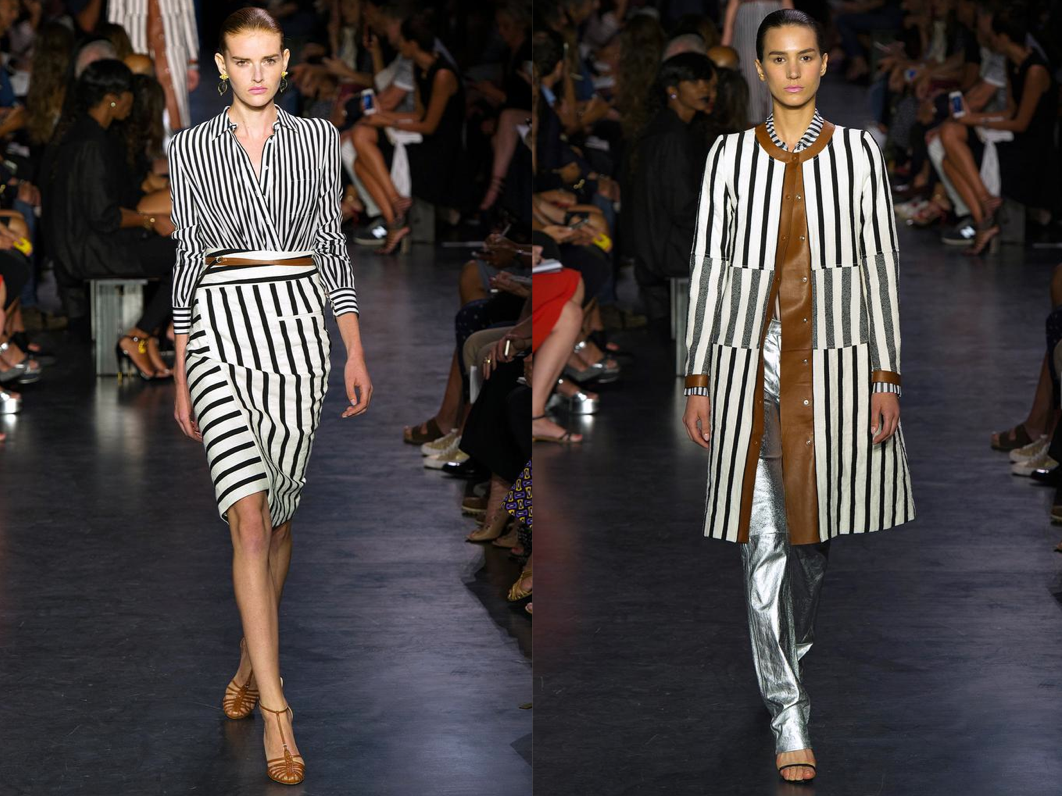 Altuzarra SS’15: Stripes, camel leather, lattice, and shirt dresses are a few things that didn’t go unnoticed on the runway. The way in which things were layered on top of each other, and the prints on prints left little to the imagination sartorially speaking. The clean lines and slits in the skirts exuded sexual confidence in the Altuzarra woman come next season that has been unlikely shown before in previous collections. Of course the striped over coat paired with the silver metallic pants are one of our favorite looks. 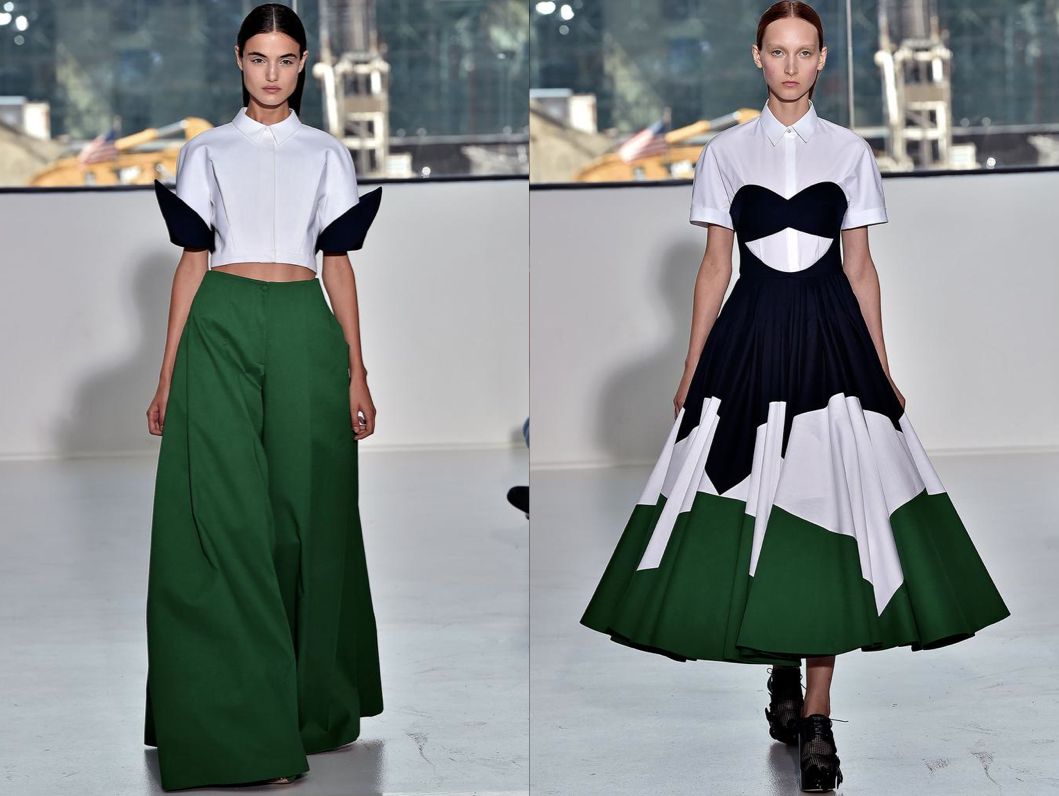 Delpozo SS’15: Hands down, the best show of New York Fashion Week. No doubt about it, this is the most meticulous composed exploration of sculptural shapes and couture like fabrication that we’ve seen in a while. There were sportswear like shapes in extreme proportions and pairings — structured jackets, crisp shirting, and ultra-wide culottes or trousers. Case in point, look 8 of 40. 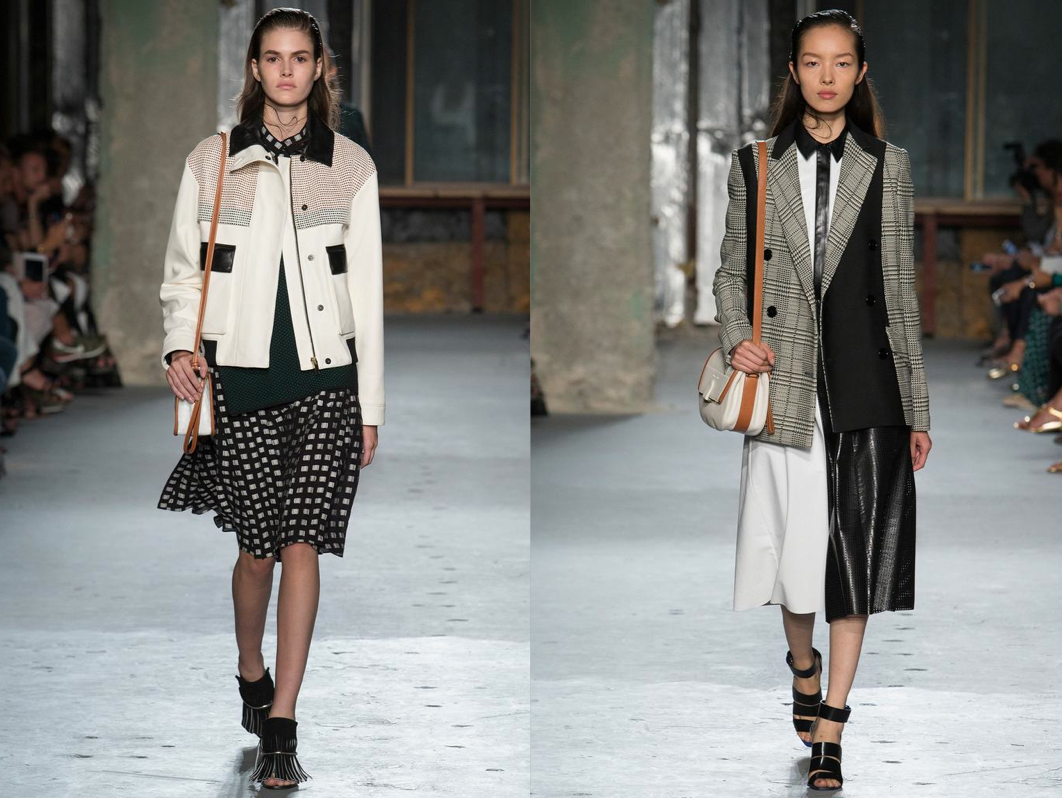 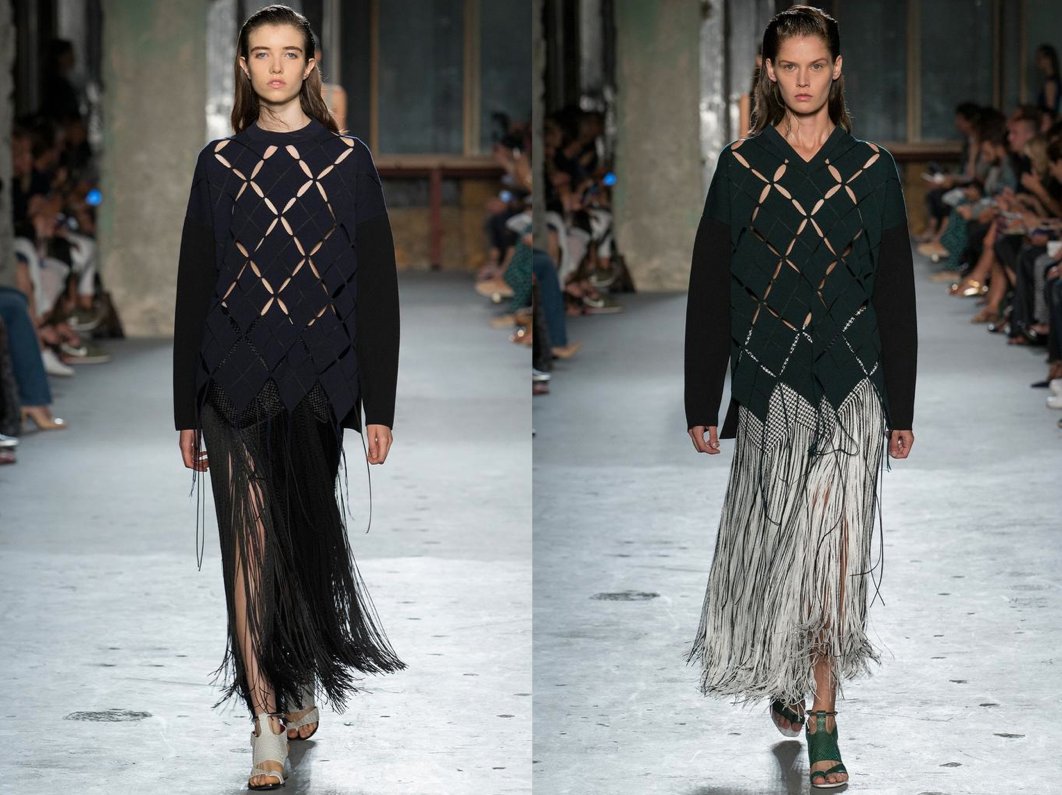 Proenza Schouler SS’15: If you’d asked me to describe the collection in two words, it would be all American sportswear — okay maybe that was three. The pleated parkas, plaid polos and blouses both layered and styled in unexpected combinations. Still the collection featured pieces that were true to the brands aesthetic but, the fringe detailing paired with mannish sweaters and open toe block heel sandals gave a refreshing twist to modern everyday essentials. 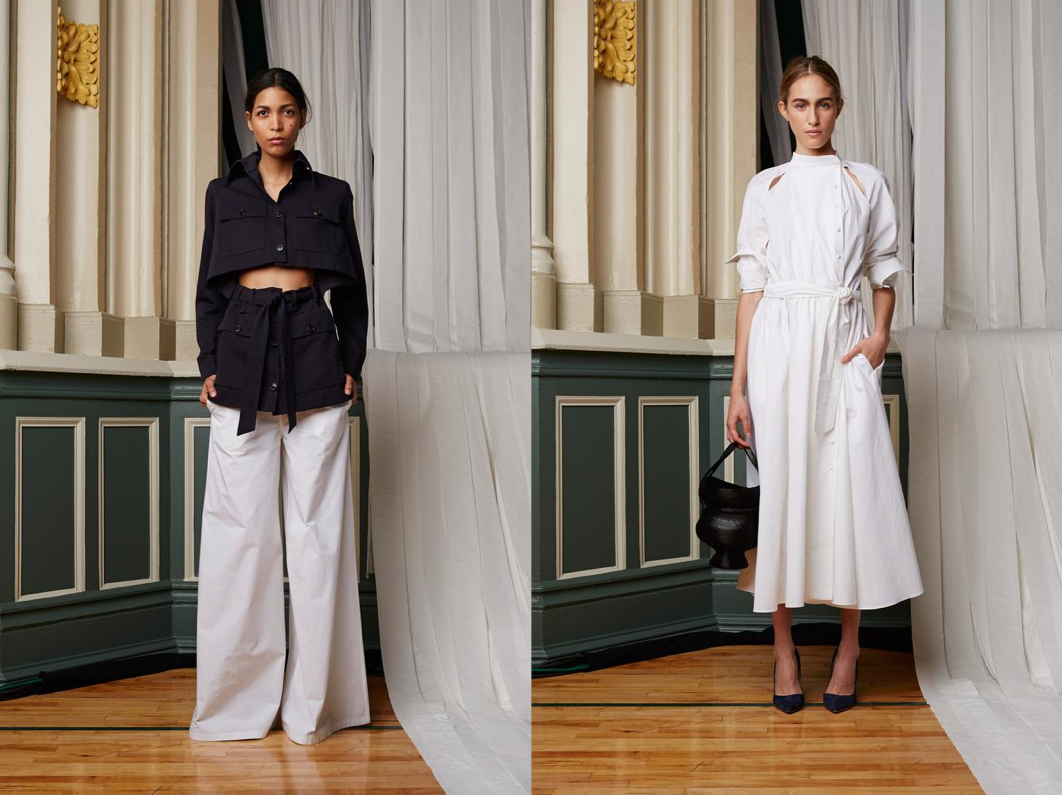 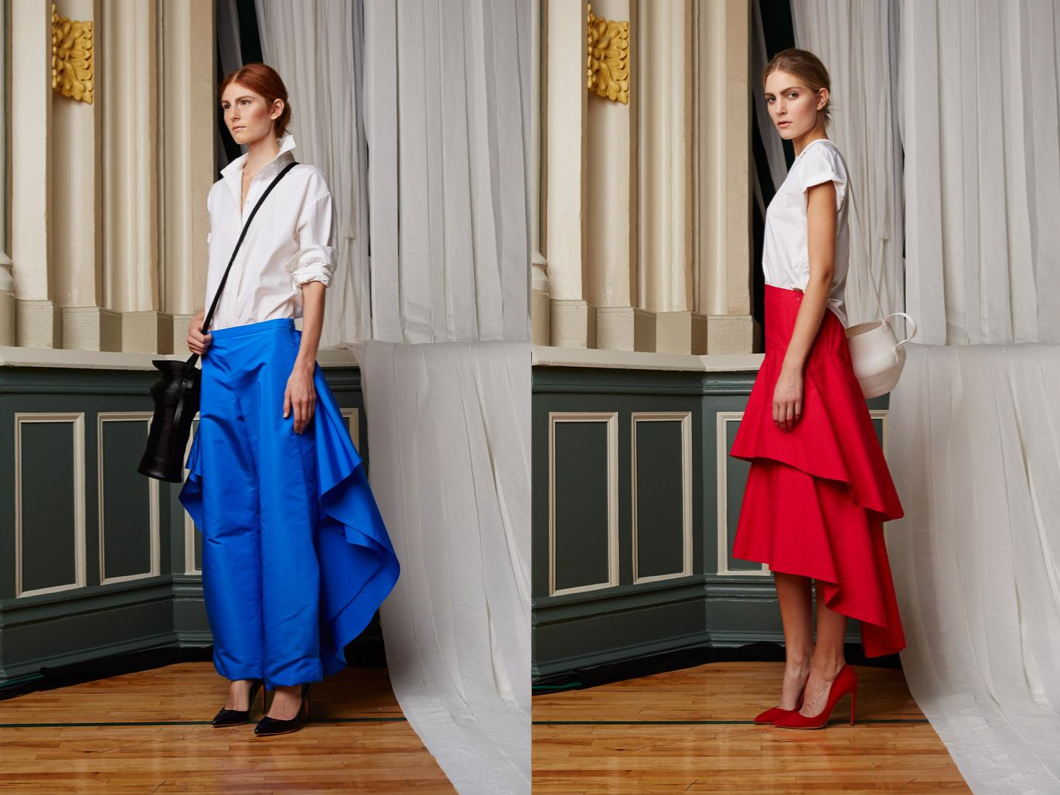 Rosie Assoulin SS’15: In such a short period of time, Rosie Assoulin has developed into a cult following. On any regular day and during NYFW, you’ll see her statement creations that are a street-style photographers dream — on the one and only Leandra Medine who also happens to be one of her friends and pairs Assoulin’s sculptural tops with cut-offs. The presentation was held in a Catholic school gymnasium, where the models showcased her continued aesthetic of familiar couture-like proportions and a vibrant color palette. The most noteworthy development was 90’s minimal sensibility and the hemp she used to turn into urn-shaped handbags along with the discreet zipper that allow you to subtract layers as desired. Understanding what she does best, Rosie Assoulin continues to introduce new ideas — HOLY CULOTTES! 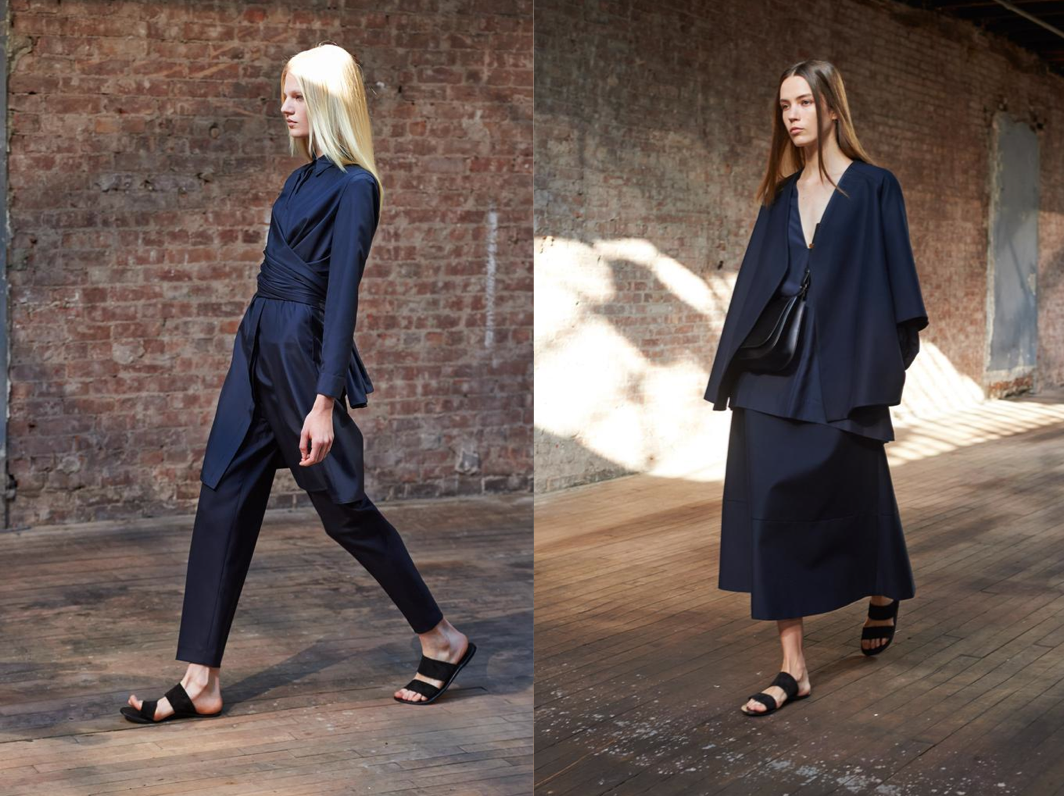 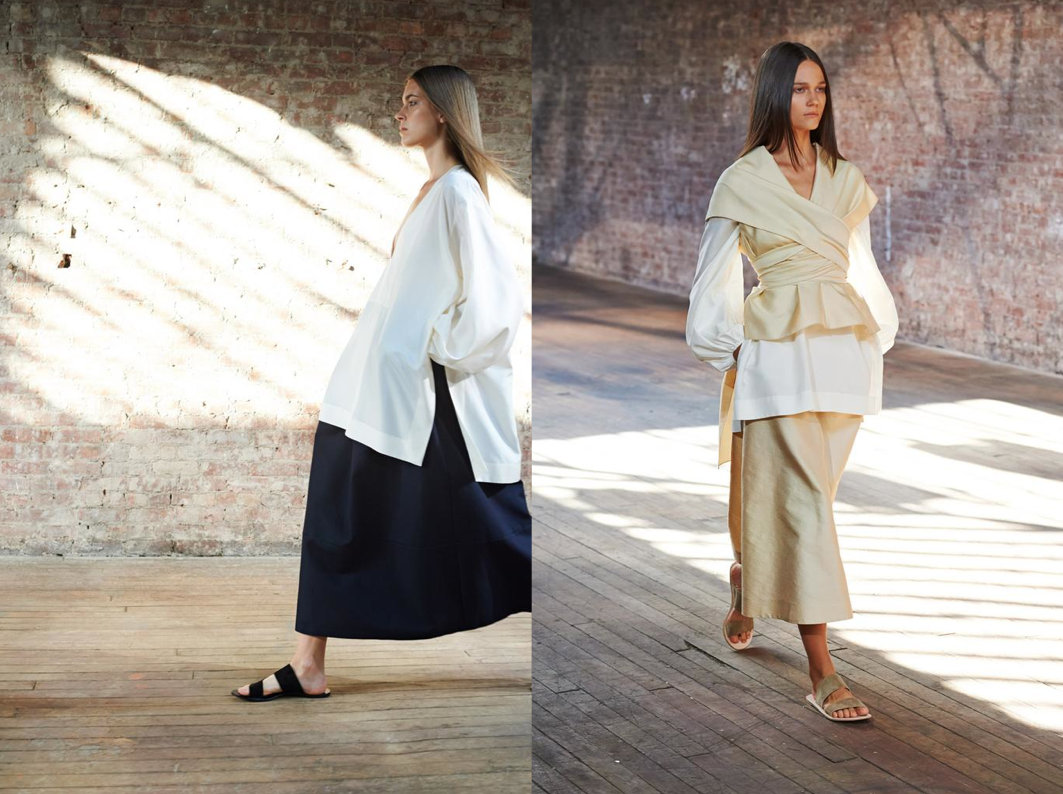 The Row SS’15: Mary Kate and Ashley Olsen never disappoint with their collections each season and make getting dressed that much more enjoyable. The exposed brick in a raw warehouse space in Soho with early morning beaming sun, set the tone for the entire lineup, elegant and calm. This time around, their was an experiment with wrapping, raw silks, mid-calf hemlines, and a-line silhouettes. Each piece was very feminine and strong — but was nothing short of their signature oversize tailored separates that we all appreciate, sartorially speaking. The Row’s former design director Nadège Vanhee-Cybulski was in the news this summer when it was announced that she was appointed the artistic director at Hermès. While there’re no plans of filling the position, this beautiful show proves they’ll be just fine moving forward. 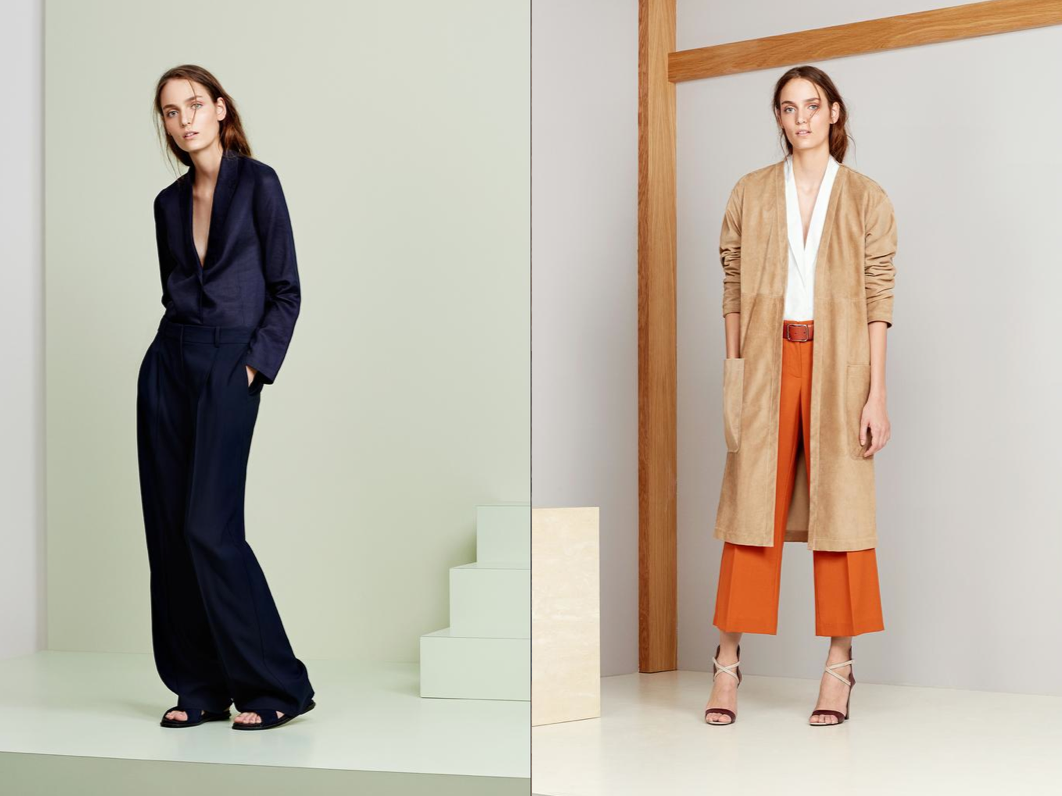 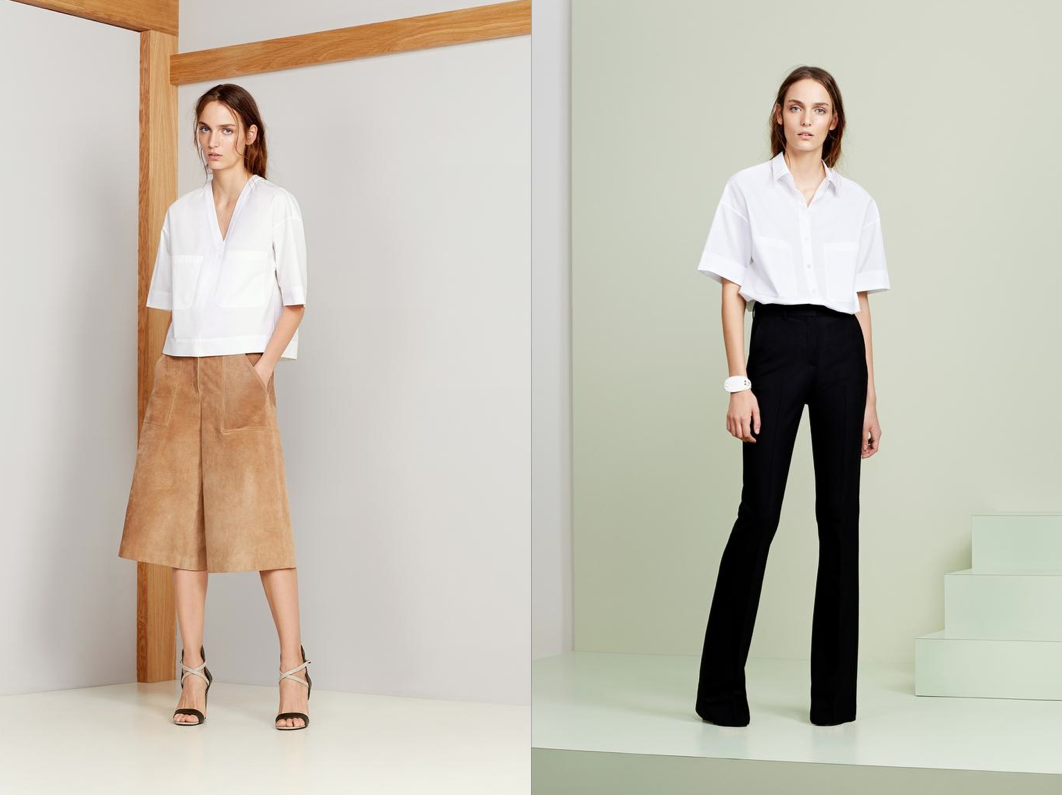 Theory SS’15: It’s all about the silhouette, not momentary trends. The collection featured an assortment of chic, simple, luxurious clothes. They epitomized effortless dressing and introduced a laid back side of sportswear from the 70s. Our favorites include the raw-linen sleeveless trench and suede culottes worn with a crisp white tunic. 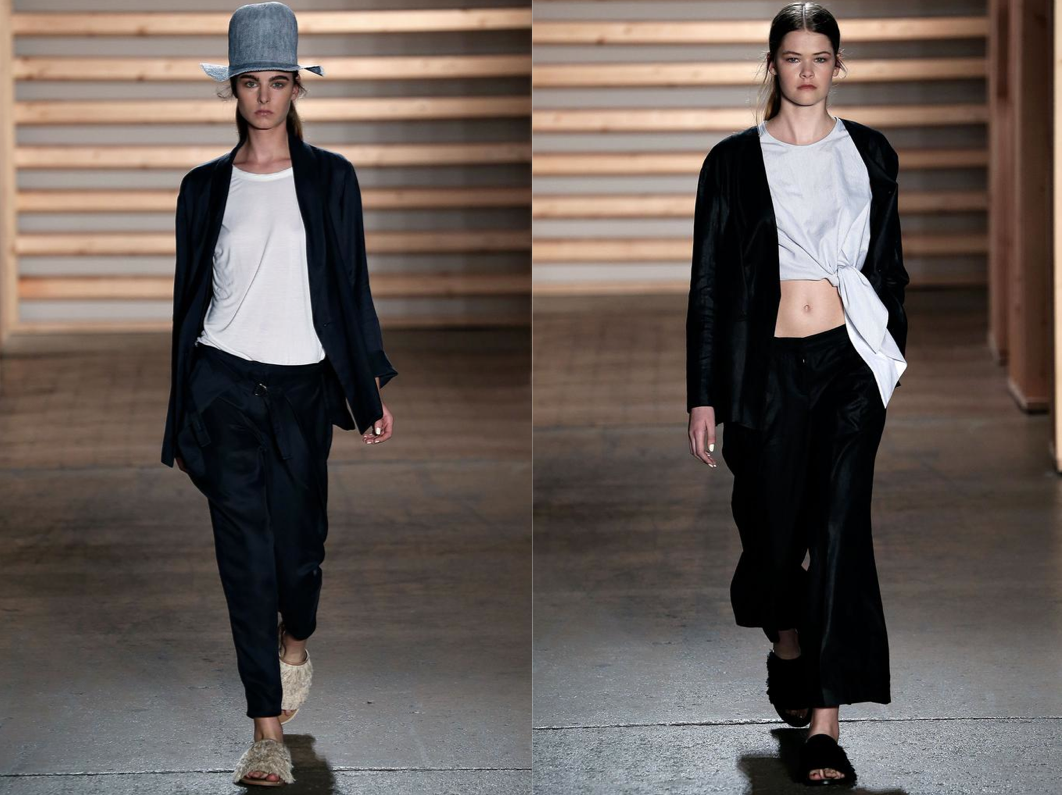 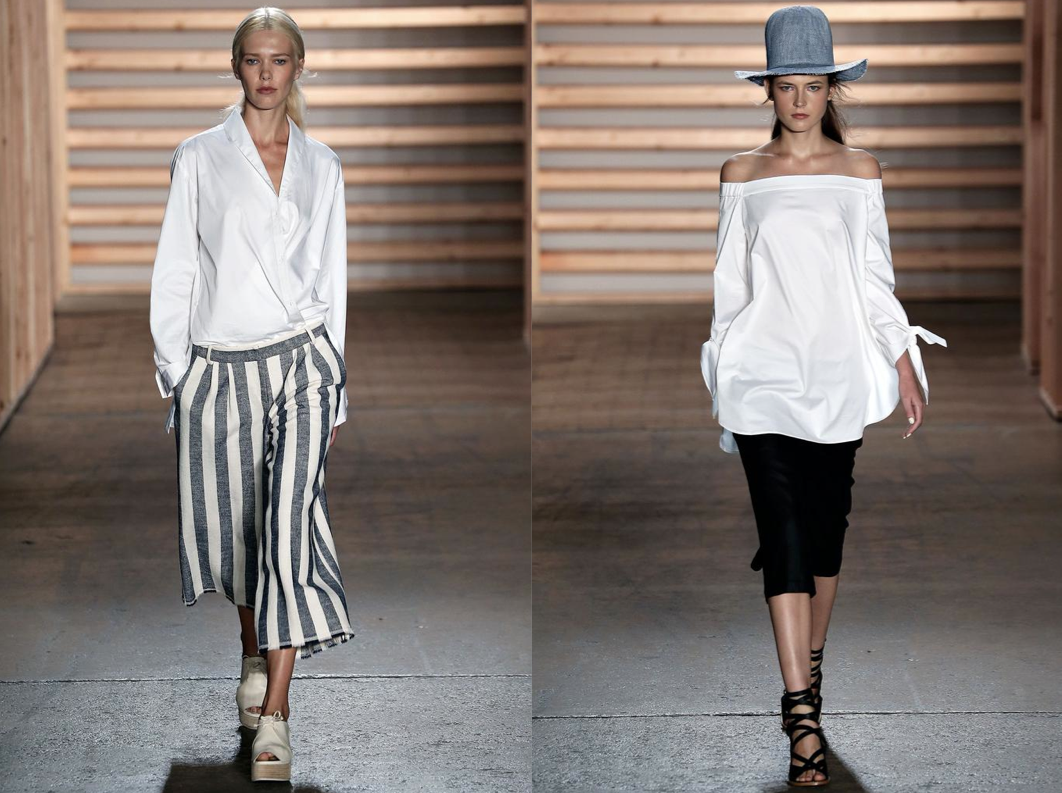 Tibi SS’15: Known for sometime now for its clean, minimalist-with-a-twist aesthetic, Amy Smilovic went for a worldlier look by turning to Asia and South America for inspiration. The collection focused on rich fabrics such as suede, leather, and linen that was fused together with elements from each country in a modern way. The new idea of dressing up and turning evening wear into daywear was not only cleaver but broaden the brands horizons. Favorites from the lineup were of course the striped culottes along with the off-the-shoulder tunic and the navy pantsuit paired with fringe-like sandals. 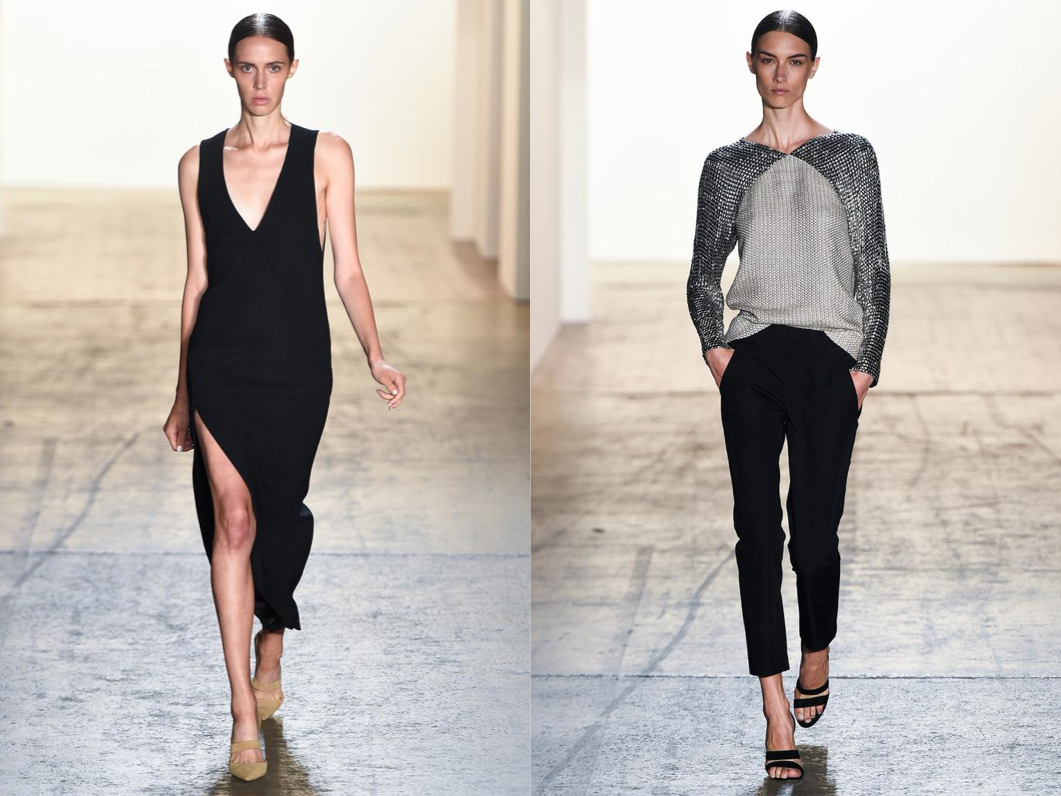 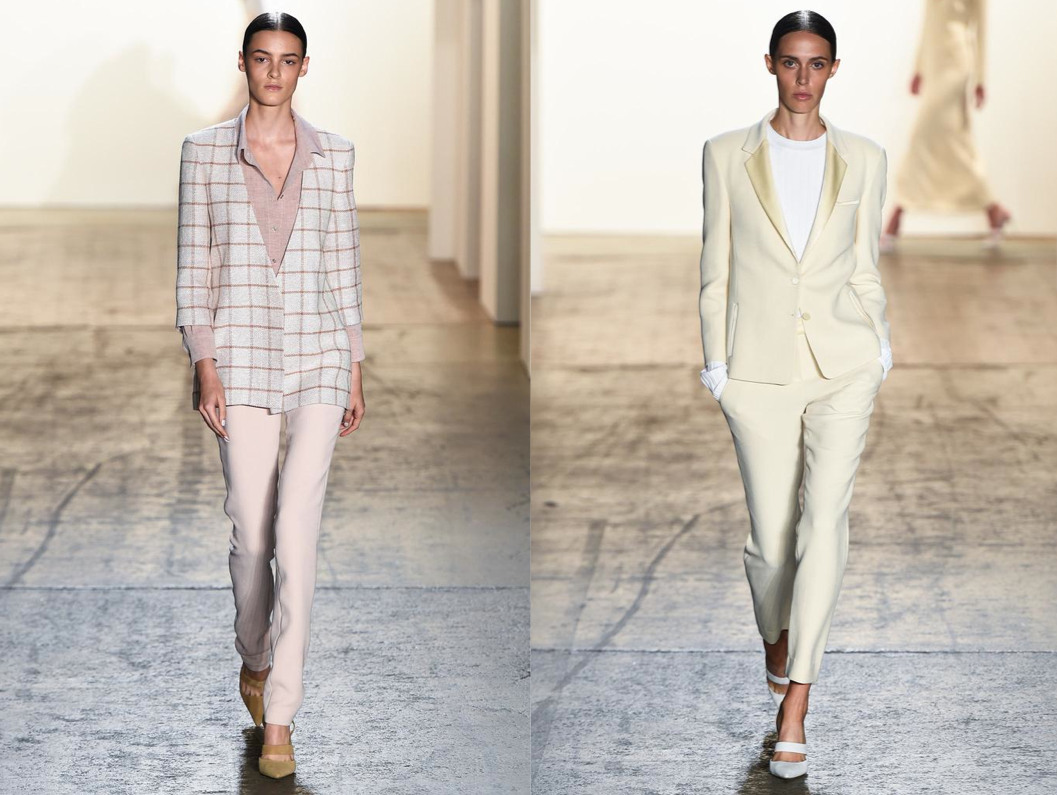 Wes Gordon SS’15: It’s always nice to come across a new designer that’s also well aware of their own capabilities. From when Gordon introduced his first collection in 2010, you can tell that his level of taste has risen. This collection was playful and had a few unexpected moments — what caught our attention was how simple each piece was but also made a subtle statement. Everything was very clean and featured classic wardrobe staples with the brands own twist.

With all this being said, what were your favorite shows from NYFW? Tell me everything leave nothing out.